Dillion Jordan, the producer best known for the film “Skin” and for executive producing the Maggie Gyllenhaal indie drama “the Kindergarten Teacher, was arrested on charges that he secretly ran a prostitution ring and used his production company as a cover.

Jordan, who was arrested in San Bernardino County, California, will face the charges in the Southern District court of New York. The Grand Jury indictment, which was actually filed in June but unsealed Thursday, lays out 4 counts: Conspiracy to violate the Mann Act; enticement; use of interstate commerce to promote unlawful activity; and money laundering.

Federal prosecutors say Jordan, 49, headed up the prostitution ring beginning in 2010, three years before he founded PaperChase Films. The operation ended in 2017; the indictment says Jordan also worked alongside other unnamed individuals. Prostitutes were flown from locations across the country to New York, the indictment says. 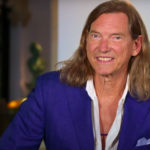 According to prosecutors, Jordan laundered the proceeds of ring through several other companies, including an event company he owned, and PaperChase Films. The indictment does not indicate what sort of sentence prosecutors are seeking, but it does seek the forfeiture of any property or money connected the alleged prostitution ring.

Representatives for Jordan didn’t immediately respond to a request for comment from TheWrap.