That is one tall middle finger.

Bayless, who co-hosted ESPN’s morning debate series “First Take” for a dozen years, is now with main competitor Fox Sports 1, where he’ll debut next week. The shows are nearly identical in premise.

The billboard locations are no coincidence. It is well known that the sleepy town of Bristol pretty much only exists because of the so-called Worldwide Leader in Sports. In other words, this was some VERY targeted marketing on Fox’s part.

Here are some photos of one advertisement: 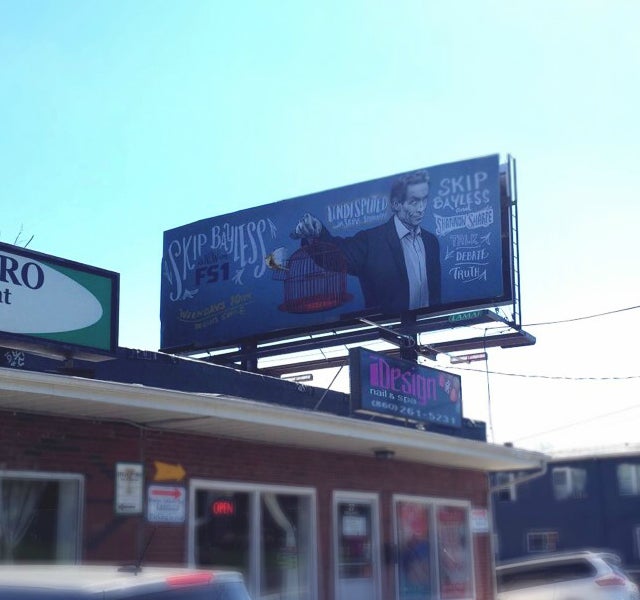 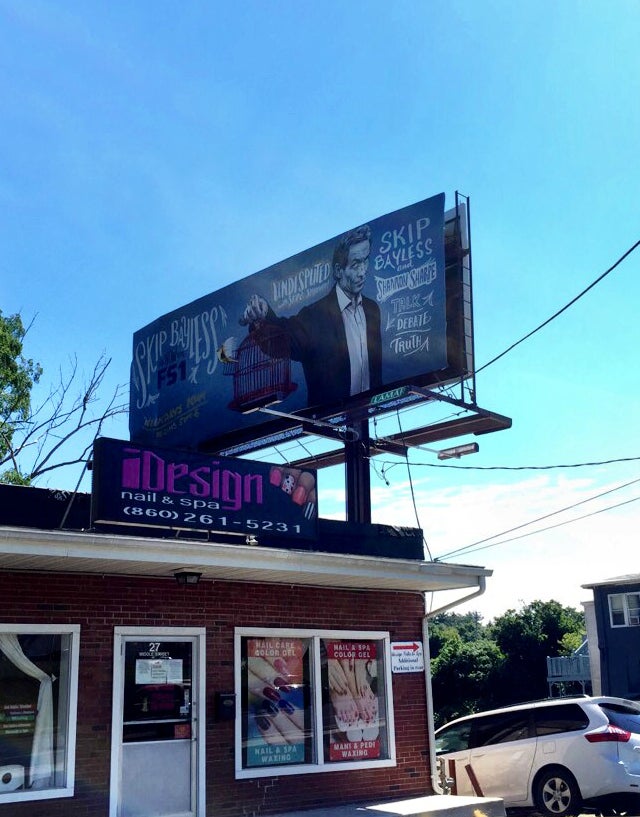 “I loved my 12 years at ESPN,” Bayless told us. “And I loved working with Stephen A. [Smith] — and trust me, it’s hard to even talk about it, because I miss him.”

“But the truth was, I never quite fit on a Disney-owned network. And it’s not that I was ever a shock jock — I just like to go a little deeper in my arguments than [ESPN] was comfortable with,” he continued. “I like to take on athletes who have issues with me.”