Skydance has pulled the plug on a Matthew McConaughey film called “Dallas Sting” after an investigation into the film’s true story uncovered disturbing allegations, an individual with knowledge of the project told TheWrap.

The film from director Kari Skogland (Marvel’s “The Falcon and the Winter Soldier”) was meant to kick off production in six weeks and had nearly completed casting.

“Dallas Sting” is the true story of a high school girls soccer team that in 1984 went to China and managed to beat some of the best women’s teams in the world from China, Australia, Japan and finally Italy in a championship game. McConaughey would have played the team’s coach, Bill Kinder. 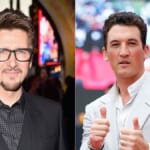 Also Read:
Miles Teller to Star in ‘The Gorge’ for Skydance and ‘The Black Phone’ Director Scott Derrickson

It’s unclear what the specific nature of the allegations were of the investigation that led the producers to axe the project entirely, but it was sufficient to prevent the inspiring story of the girls’ team from being told.

Kaitlyn Dever was also attached to star as McConaughey’s daughter in the film, and the project was also casting real soccer players to lend the project authenticity. “Dallas Sting” had a script from screenwriters Liz Flahive and Carly Mensch (“GLOW”).

Skydance’s David Ellison, Dana Goldberg, Don Granger, Greg Berlanti, Sarah Schechter and Robbie Rogers were all attached as producers, and the film had been acquired in an auction based on an unpublished article written by Flinder Boyd. 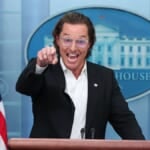