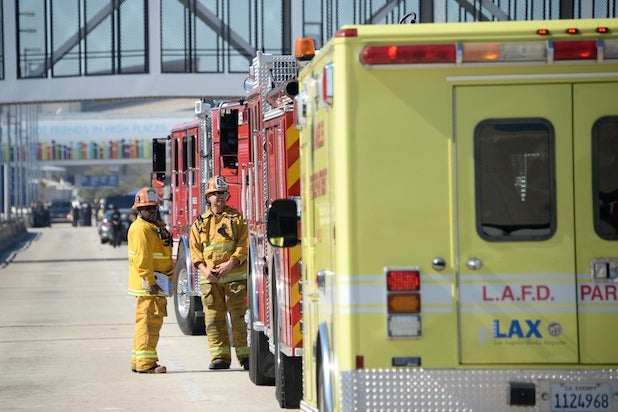 The TSA officer who was shot and killed at Los Angeles International Airport on Friday was the husband of Ana Machuca, a manager of worldwide marketing budgets at Warner Bros., TheWrap has learned.

The suspect approached the security checkpoint at LAX’s Terminal 3 and opened fire, killing Hernandez. Three other people were wounded, one of them also a TSA agent, who was not identified.

Ciancia made his way into the airport terminal where he exchanged gunfire with LAX police and LAPD officers; he was taken into custody and was reportedly in critical condition with gunshot wounds to the chest.

Hernandez was the first TSA officer to be killed in the line of duty since the administration was formed in the wake of the Sept. 11, 2001 terrorist attacks. An individual familiar with the situation said that Machuca and Hernandez had small children together.

Machuca, who has been with Warners for more than eight years, is responsible for managing the studio’s annual advertising and publicity budgets, including forecasting ultimates and other financial analysis. The California State University-Northridge grad was formerly a financial analyst at Disney.

“No words can explain the horror that we experienced today when a shooter took the life of a member of our family and injured two TSA officers at Los Angeles International Airport,” TSA administrator John Pistole said in a statement.

Warner Bros. confirmed that Hernandez was married to Machuca, but had no further comment.