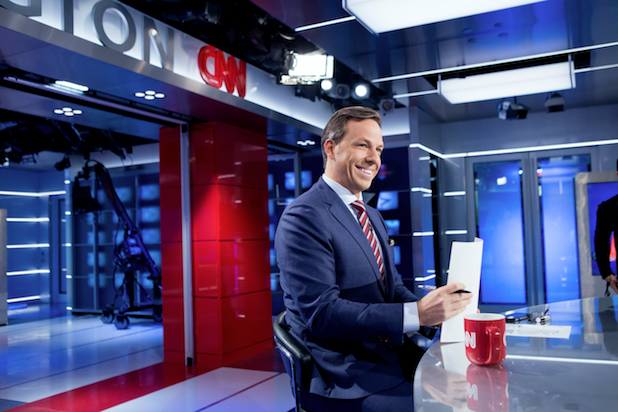 CNN’s Jake Tapper took to Twitter to call out Slate for a “ridiculous and false” headline that implied Kellyanne Conway said mothers shouldn’t work in the White House.

The Slate story, headlined “Kellyanne Conway Suggests That Women With Kids Shouldn’t Take Jobs in the White House,” doesn’t add up, according to Tapper’s sources.

2 women I know who attended this event say this headline/piece are ridiculous and false and say it totally twists what Conway said. fwiw https://t.co/XwszKdabRG

Conway, who was Donald Trump’s campaign manager and now serves as a senior adviser, spoke at Politico’s “Women Rule” event on Wednesday. The mother of four discussed conversations she’s had with male colleagues about whether or not they would want their wives to accept time-consuming positions.

“I do politely mention to them the question isn’t would you take the job, the male sitting across from me who’s going to take a big job in the White House. The question is would you want your wife to,” Conway said, according to Politico. “Would you want the mother of your children to? You really see their entire visage change. It’s like, oh, no, they wouldn’t want their wife to take that job.”

It seems that Conway was referring to the opinion of men she has spoken with, as opposed to saying women shouldn’t work in the White House as the headline suggests. The Slate story also points to “Conway’s double standard for mothers and fathers,” which isn’t exactly accurate if you take her quote in content.