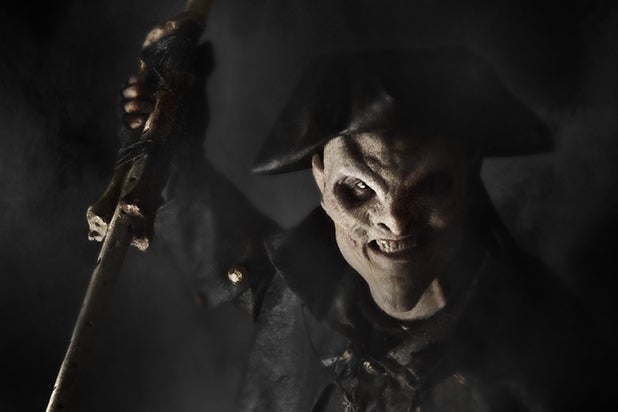 “Sleepy Hollow” is going all in on bringing in new monsters for Ichabod and Abbie to battle, and Monday’s episode is no exception.

This exclusive image (below) shows off the Fox drama’s version of a nightmarish and demonic Pied Piper, the folk lore creature who was hired by townspeople to lure away mice, but ended up taking children when he wasn’t sufficiently paid for his services.

In the episode titled “Go Where I Send Thee,” Ichabod (Tom Mison) and Abbie (Nicole Beharie) will presumably encounter the Pied Piper, as played by Ryan Gray, when they search for a missing girl.

But the monster will probably also be part of their larger quest to stop the Four Horsemen from bringing on the Apocalypse. Executive produdcer Alex Kurtzaman has called the influx of new monsters a “manifestation of what our characters are actually going through. The inner demons are manifested as literal demons.”

See the image of the Pied Piper below.