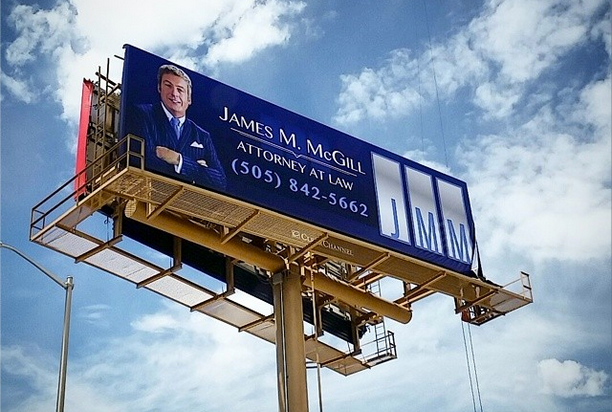 Now, you can actually call Saul — though he’ll be answering as Jimmy McGill.

A commuter in Albuquerque spotted the above “Better Call Saul” billboard near I-25, which advertises the legal services of a man who looks quite like Bob Odenkirk, who plays the wily attorney that will be at the center of the “Breaking Bad” prequel. As revealed at TCA earlier this month, the 2002-set series will open with Goodman posing as an Irish lawyer, for whatever reason.

According to Vulture, his accent is terrible — if you have some spare time, go ahead and call the number listed on the billboard to find out for yourself.