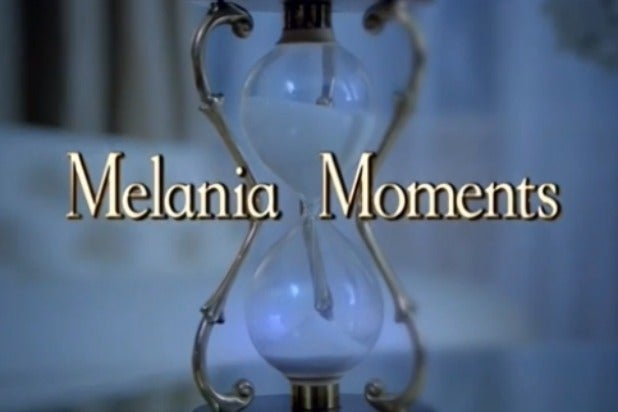 “Saturday Night Live” certainly had a lot of Donald Trump material for this week. Alec Baldwin returned to impersonate him again in the cold open, Lin-Manuel Miranda took a shot at him in his “My Shot” parody, Kate McKinnon showed how hard it is to have a day off when you’re Trump’s campaign manager, and to cap off the night, “SNL” gave us another “Melania Moment.”

This week, we saw Melania (played by Cecily Strong) wake up in her bed after having a frightening vision in her sleep. “Melania Trump woke up in a cold sweat in the middle of the night,” the voiceover calmly explained. “She could sense deep inside of her that her replacement was just born somewhere in rural Latvia.”

“‘I must find this girl and banish her to the woods,’ she thought to herself. ‘Not for my sake, but for hers.'”

The real Melania Trump has stood by her husband in the wake of the release of tapes of him making degrading comments about women to Billy Bush back in 2005.

“The words my husband used are unacceptable and offensive to me,” she said. “This does not represent the man that I know. He has the heart and mind of a leader. I hope people will accept his apology, as I have, and focus on the important issues facing our nation and the world. “