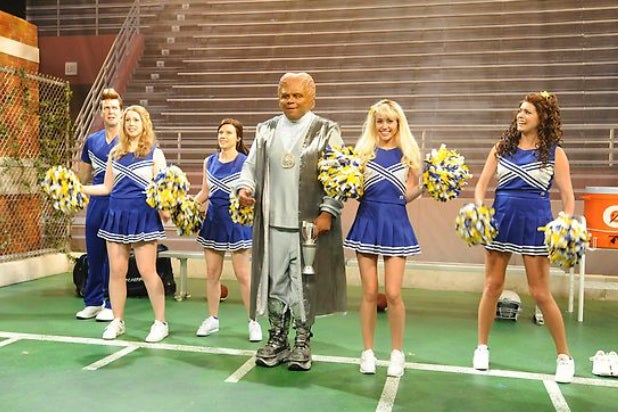 “Saturday Night Live” may have lost some of its biggest stars, but it hasn’t lost viewers. At least not so far.

Even without the likes of departed stars Jason Sudeikis, Fred Armisen and Bill Hader, “SNL” is having a very solid start to its 39th season. Not many people saw that coming.

While the final 18-49 demographic numbers for the show’s second week will not be available until Thursday, the Miley Cyrus-fronted episode is up in the local people meters by 23 percent versus the same night last year (2.7 vs. 2.2). That very preliminary rating matched the season premiere’s from the week prior.

Saturday’s show may also have performed even stronger if not for the telecast’s 27-minute east coast delay due to a Notre Dame game overrun. To be fair, the early measurement is slightly down (10 percent) from the last year’s second episode, which ran two weeks earlier in the calendar year.

The Tina Fey-hosted season premiere, which aired Sept. 28, translated nationally as the biggest “SNL” season debut in three years in the advertiser-coveted 18-49 demographic (up 9 percent vs. last year). It was, however, actually down in the initial 56 metered market rating.

Both telecasts have out-rated all Big 4 Saturday primetime fare on those nights in 18-49 and beat or tied all Saturday prime programming in metered-market households, according to NBC. This is happening in a non-election year — which tends to offer the best comedic fodder for “Saturday Night Live.”

So how did this happen? Over the summer, the show was being all but written off by skeptics who believed it could not succeed without some of its biggest names. (“SNL” also lost Kristin Wiig and Andy Samberg in recent seasons, and head writer/Weekend Update anchor Seth Meyers is scheduled to leave for Jimmy Fallon’s late night show mid-year).

Thursday’s numbers will provide a clearer picture of the show’s position and staying power week-over-week, but the true story will be told as the program settles into its long season without the benefit of twerking buzz.