“Saturday Night Live” will return on Jan. 21 with “Emily the Criminal” and “The White Lotus” star Aubrey Plaza set to make her hosting debut.

The NBC variety show’s first episode of 2023 will feature Sam Smith as its musical guest. The Academy and Grammy Award winner, who is appearing on “SNL” for a third time, is set to release his new album “Gloria” on Jan. 27.

Also making his “SNL” hosting debut will be “Creed III” director and star Michael B. Jordan on Jan. 28. The film will hit theaters on March 3.

Lil Baby, a Grammy Award winner whose latest album “It’s Only Me” hit #1 on the Billboard 200 chart, will make his first appearance as a musical guest.

SNL will also air an original episode on Feb. 4, with guests to be announced at a later date. 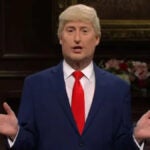 The show, which is created and executive produced by Lorne Michaels, is the most Emmy-nominated show in television history and holds 93 Emmy wins. Most recently, “Saturday Night Live” won the 2022 Emmy Award for Outstanding Variety Sketch Series.

“SNL” is produced in association with Broadway Video. 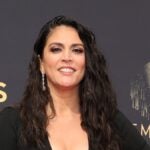 Also Read:
Why Cecily Strong Kept Her ‘SNL’ Exit a Secret Until Hours Before the Show
x