Kanye West made surprising headlines after his stint as musical guest on “SNL” last week concluded with him taking over the end of the show to talk about how great Donald Trump is and then give an bonus performance while wearing a MAGA hat. And on Weekend Update on this week’s “SNL,” cast member Pete Davidson had some strong words about that whole thing.

You can watch Davidson’s comments about Kanye in full in the video above, or read the text below.

“First off, a lot of people thought [Michael] Che should be the one to talk about Kanye. But we discussed it — because Che is black but I’m crazy and we both know which side of Kanye is at the wheel right now. [Audience laughs] Off to a good start! So speaking strictly for myself, what Kanye said after he went off the air last week was one of the worst, like, most awkward things I’ve ever seen here and I’ve seen Chevy Chase speak to an intern. And we all had to stand behind him and here’s what it looked like. 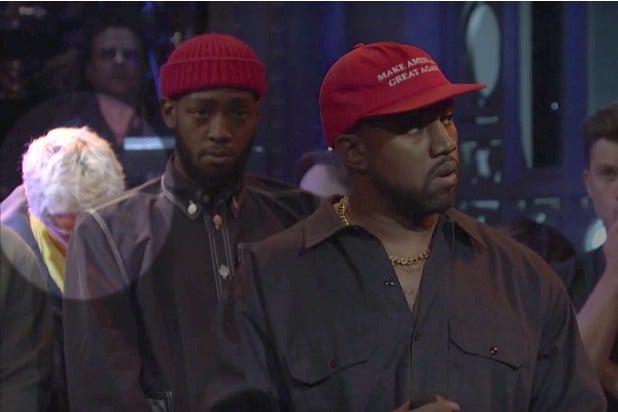 “So I’m on the left, I’m like, oh god. And then I’m like, I want a career, so I leave. [The video shows Davidson surreptitiously leaving the stage as Kanye began his surprise musical performance] So Kanye was wearing a MAGA hat. That’s what it’s called. It’s stupid. And he started by saying people backstage tried to bully him into not wearing it. He wore it all week, like, nobody told him not to wear it. I wish I bullied you. I wish I would have suggested that, you know, it might upset some people, like your wife or every black person ever. You know? I wish someone bullied me into not wearing this hat. 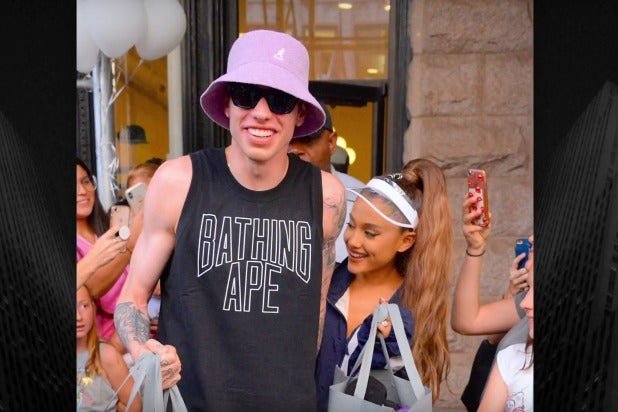 “Can you imagine that that t-shirt was the second stupidest thing I was wearing that day? Then Kanye said that Democrats broke up black families with welfare and that slavery is not real. You know how wrong about politics you have to be for me to notice? You know how annoying that is? Kanye is a genius, but like a musical genius. Like Joey Chestnut is a hot dog-eating genius but I don’t want to hear Joey Chestnut’s opinion about things that aren’t hot dog-related. [cheers from the audience]

“Thanks, guys. But, like, Kanye, I know you’re like, ‘This is the real me. I’m off the meds.’ Take ‘em. No shame in the medicine game. I’m on them. It’s great. Take ‘em. There’s nothing wrong with taking them. If I ever got on the plane and the pilot said, “I just want all you to know, this is the real me flying!’ I’d jump out. Being mentally ill is not an excuse to act like a jackass, okay? I’m quoting my therapist, my mom, and my mailman. Sorry, Carl. But no, seriously — one time, I stopped taking my meds and I bit my mom. No, it’s all good, I bought her a house.”

Davidson concluded the bit on Weekend Update by pulling out a hate he had made in the style of the MAGA hats which read “Make Kanye 2006 Again.” 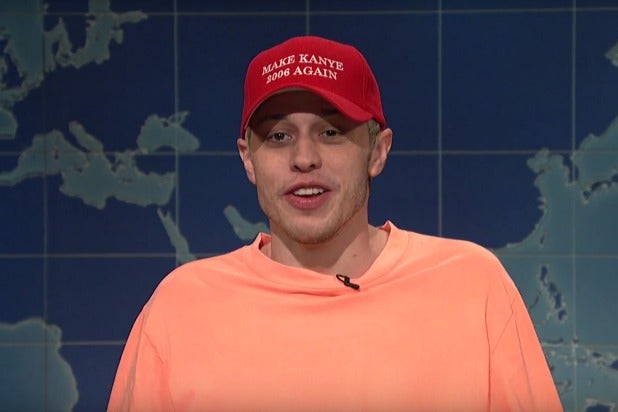 As previously mentioned, you can watch this whole segment in the video embedded at the top of this post.