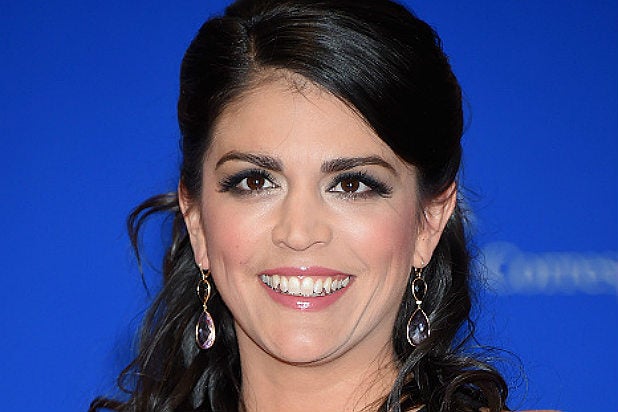 “Hopefully it’s as good as I think it will be — like I thought it was at the table [read],” Strong told TheWrap during interview Friday. “But I think what’s nice is it feels like a lot of us are going to be showcased, and I love when that happens with the show.”

Strong, who said this season has been her favorite to-date, recently hosted the annual White House Correspondent’s Dinner — a prospect which admittedly “terrified” her.

“I am a person that could really beat up on myself afterwards and overanalyze,” she said, “and the fact that I really couldn’t do it too much I thought was a good sign.”

A humble Strong was hesitant to overshare in fear of sounding “tacky” but revealed that congratulatory emails from Stephen Colbert and Jay Leno was all she needed to feel validated by her performance.

“There’s nothing anyone can ever say to hurt me again,” Strong joked. “And there’s also nothing like the feeling of never having to do it again.”

Shortly after breaking out as ‘SNL’ sketch star and before she roasted the media for Obama, Strong made headlines for being chosen and then subsequently exiting as anchor of the show’s flagship mock-news segment “Weekend Update.”

“My one issue with the whole ‘Update’ thing was only the way that it was going to be torn apart in the press — you know, a thing that I was actually happy about,” Strong said. “I almost feel like I’m in a lucky position that I got to do it and got to flex that muscle. And then [I] got to have a talk with Lorne, and got to have power in my [career] and say, ‘I want to do sketches more than anything on the show.'”

“Coming from that I knew, ‘OK … it’s going to be spun however in the press,'” she said. “I’m going to have an uphill battle.”

“But then it became clear — especially towards the end of the year, when Seth [Meyers] left — that, ‘Oh, now it’s going to need a lot more work and a lot more of my time and attention,'” she explained. “And that means taking away from this other thing that I actually really, really love even more.”

Strong and friends will do that other thing for their nearly 90-minutes of live sketch comedy Saturday night at 11:30 p.m. on NBC when the show wrap its 40th season finale. Guest host Louis CK will be joined by musical guest Rihanna.