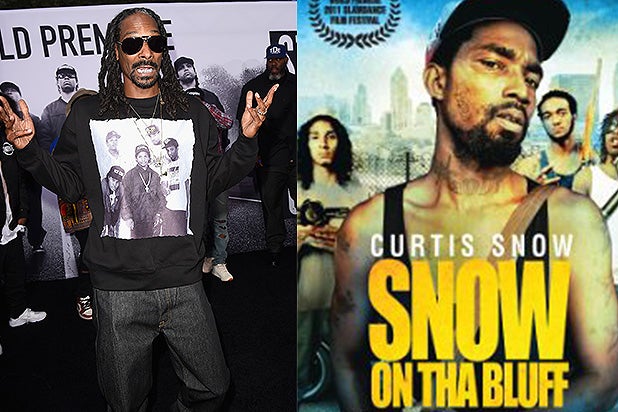 The writer and director of the film “Snow on tha Bluff” says he’s getting the cold shoulder from Snoop Dogg, and he’s suing-mad about it.

“Bluff” director Damon Russell is suing Calvin Broadus a.k.a. Snoop Dogg, JT the Bigga Figga and the Snoop-affiliated urban streaming app Trap Flix, claiming that they made an unauthorized sequel to the film, according to court papers obtained by TheWrap.

In the lawsuit, filed in federal court in California on Friday, Russell says that he and Curtis Snow, a resident of the Atlanta neighborhood The Bluff, agreed to work together on “Snow on tha Bluff,” which was loosely based on Snow’s life. According to Russell, Snow assigned the rights to his life story, likeness and other elements to Russell’s production company, Fuzzy Logic.

However, Russell claims, that didn’t stop Trap Flix, Snoop and JT the Bigga Figga from “creating, producing, marketing and/or distributing unauthorized movie sequels, among other things, marked as ‘Snow on tha Bluff 2’ and/or ‘Snow on tha Bluff 3.'”

The suit claims that Trap Flix released “Snow on tha Bluff 2” in April 2015 as an exclusive, with Figg Panamera — a.k.a. JT the Bigga Figga — and Snoop Dogg listed as executive producers.

A spokesperson for Snoop Dogg has not yet responded to TheWrap’s request for comment.

The suit says that Fuzzy Logic has demanded that the defendants cease and desist from selling works marked with the allegedly infringing marks, but they have “refused to do so.” It goes on to claim that JT the Bigga Figga had acknowledged that Russell owns the “Snow on tha Bluff” copyright and offered to buy him out, but “became combative and aggressive” when Russell expressed reluctance, and “indicated that he intended to continue his infringing activities.”