Snopes, the well-known online fact-checker, is retracting 54 stories and has suspended its cofounder after looking into accusations of plagiarism against him. David Mikkelson used a pseudonym, his own name and the Snopes byline to publish the pieces. He remains an officer and 50% stakeholder in Snopes.

After BuzzFeed News reached out to Snopes regarding instances of lifted sentences and phrases that appeared in articles on the site, the company said, “Let us be clear: Plagiarism undermines our mission and values, full stop. It has no place in any context within this organization. We invite readers to let us know here if they find any other examples of plagiarized content so that we can apply the same treatment as above.”

BuzzFeed’s investigation found plagiarism from the Guardian and Los Angeles Times. The articles in question, Snopes said, were usually filed under “breaking” or “odd” sections of the site and included topics like same-sex marriage licenses and the death of David Bowie. Mikkelson did not immediately return a request for comment. 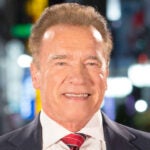 Also Read:
Arnold Schwarzenegger Doubles Down on Pro-Mask Message: ‘Don’t Be a Schmuck’

The report says that former staffers told BuzzFeed that Mikkelson acknowledge his plagiarism and encouraged writers to do the same.

Snopes vice president of editorial and managing editor Doreen Marchionni shared with BuzzFeed an internal memo that served as a statement. She suspended Mikkelson after the investigation and thanked BuzzFeed for being an “example of dogged, watchdog journalism we cherish.” She also apologized to staff “who are undoubtedly impacted by these findings.”

“We talk often in the newsroom about the priceless value of reputation — that we are worth no more than the credibility we maintain with our community. Our reputation is dependent on our ability to get things right, and more importantly, to quickly correct the record when we are wrong. We are committed to a lifetime of atonement through the rigorous pursuit of the facts, especially in scenarios such as this,” says the statement.