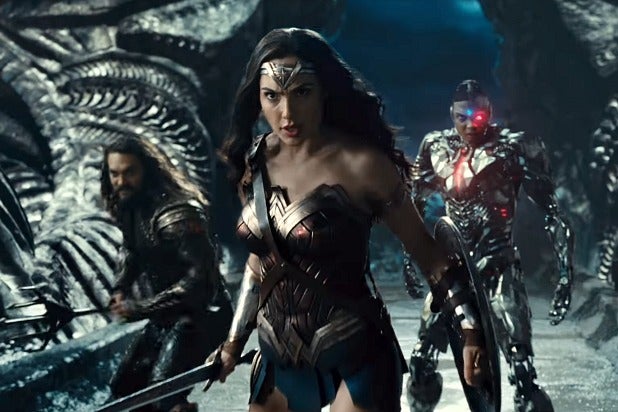 As DC fans continue to clamor for Warner Bros. to “Release the Snyder Cut” of “Justice League” from director Zack Snyder, one filmmaker who won’t be signing any petitions is “The Invisible Man” director Leigh Whannell.

The director balked at the idea that a filmmaker would want to release a “Director’s Cut” of a movie that is seen as the “definitive” version and would leave audiences and fans feel as though they missed out.

“I never want to have another cut sitting somewhere that competes with the original cut,” Whannell said on the Reel Blend podcast Wednesday. “I guess what I’m saying is, whatever circumstances created that cut, whatever horrible circumstances are totally understandable. For me personally, I would always view it as a terrible thing that there was an unseen cut of the film.”

Whannell gave the example of James Cameron re-releasing “Aliens,” which contains 17 minutes of bonus footage not seen in the original theatrical release.

“Over the years, you’ll see this thing where it’s like, ‘James Cameron re-releases the director’s cut of ‘Aliens.’ And then he’ll introduce it. When you watch it, he comes on the screen and he says, ‘This is the way I always intended people to watch ‘Aliens,” Whannell said. “And my first thought is, ‘That’s nuts!’ Don’t have one definitive version of the movie. I hate this idea that we missed out on the version he wanted us to see.”

In the case of “Justice League,” Snyder was forced to step down during post-production after the untimely death of his daughter. Joss Whedon was hired to finish editing the film and also did reshoots with scenes he wrote himself. Since then, fans have speculated that a “Snyder Cut” of “Justice League” existed that was darker in tone and didn’t contain the humor and levity that Whedon presumably brought to certain scenes.

Snyder himself had even fueled rumors by sharing a photo of some reels of film with the caption, “Is it real? Does it exist? Of course it does.” The containers in the photo even said the Snyder Cut had a runtime of 214 minutes, or three hours and 34 minutes, whereas the theatrical version was only two hours in length. Stars of the film including Ben Affleck and Gal Gadot have then all joined in on the fun by tweeting out the hashtag #ReleasetheSnyderCut.

The podcast co-host posed the situation of “Blade Runner,” which has also famously been changed with several different versions across the years by director Ridley Scott compared to the original, theatrical release.

“That’s the situation I’m saying would be a nightmare, would be someone forcibly changing a film I had made to such a degree that I felt the version out there was not the true version,” Whannell said. “That is a living nightmare I don’t want to live. Maybe I’ll go through it one day.”