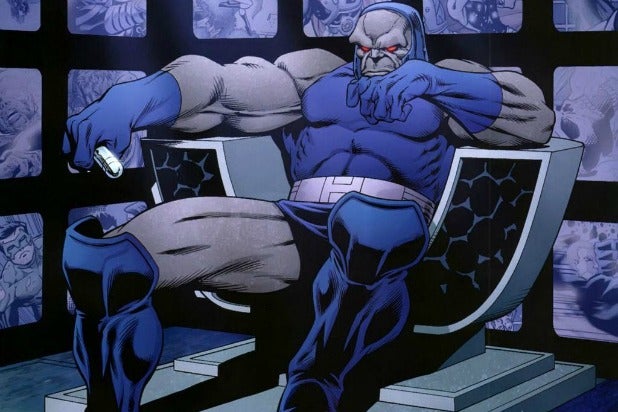 Zack Snyder has shared the official first look at the “Snyder Cut’ version of Darkseid from the upcoming “Justice League” coming to HBO Max in 2021.

“The bell’s already been rung, and they heard it,” says Jesse Eisenberg’s Lex Luthor.

Created by legendary artist Jack Kirby in 1971, “The New Gods” focuses on twin alien planets, the idyllic New Genesis and the hellish Apokolips, ruled by equally powerful but morally opposite leaders. New Genesis is ruled by the benevolent Highfather, and Apokolips by the despot Darkseid. The comics have depicted Darkseid’s efforts to destabilize the fragile peace between the worlds as part of his scheme to eliminate free will from the universe. Darkseid is one of the most dangerous villains in the DC Universe and a constant threat to the Justice League.

Darkseid was supposed to be the main villain in 2017’s “Justice League,” but after Snyder left the project, the filmmakers settled on instead using Steppenwolf.

It feels like ancient history now, but Snyder’s original vision for “Justice League” actually had a slightly longer title, “Justice League Part One.” Announced in 2014, it was scheduled for 2017 with “Part Two” set to follow in 2019. Obviously “Part Two” never happened, but it’s not clear when it was scrapped. “Part One” was quietly dropped from the title during filming in 2016, but Snyder was still talking about a sequel in October of that year, so it’s likely that the schedule probably after what came next.