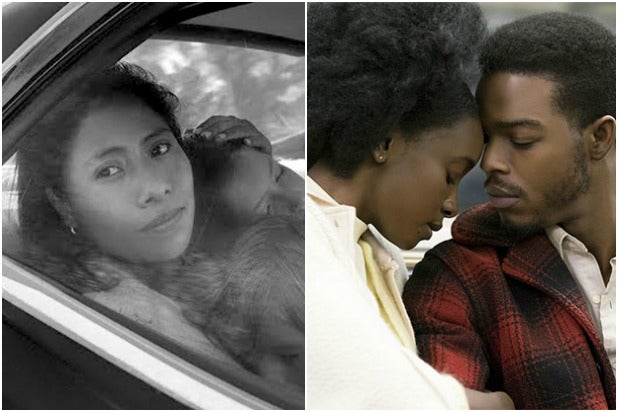 Last month’s Oscars represented a breakthrough — not only for the diversity of winners, but for a larger idea that has been gaining momentum in recent years: that mass entertainment and deeper social messages are not mutually exclusive, but rather an opportunity for Hollywood to do well and do good at the same time.

The extraordinary range of winning films, which addressed themes of racism to social class to sexual identity, put a spotlight on the growing desire of large audiences to grapple with — and in many cases influence — some of the world’s most thorny issues. Winners and nominees like “Green Book,” “Roma,” “If Beale Street Could Talk,” “The Wife,” “BlackKklansman,” “Vice” and “Can You Ever Forgive Me?” show us that in a world of “fake news” and “alternative facts,” people are hungering for more reality.

“The State of Social Impact Entertainment” (SIE), released on March 5, is a landmark report that explores this emergent field in depth, examining what actually works to capture and engage audiences in this noisy and mobile age; why social impact entertainment’s financial potential keeps growing; and how creators can learn from the successes and failures of others.

SIE comes in many forms. From digital short form to feature films, TV series, plays and virtual reality, the increasing diversity of media gives social conscious creators great flexibility to tell their stories in ways that maximize engagement and impact with target audiences. Of course, good intentions are not enough — a great story is still of paramount importance. And so is building strong and early partnerships with leaders, organizations and communities to enable organic support for a project to grow and flourish. After all, buzz drives distribution, especially in the age of social media.

In the run-up to the Oscars, I was struck by a February 12 essay by Carvell Wallace in The New York Times Magazine, anticipating the opening night of Ryan Coogler’s “Black Panther,” for which Wallace bought eight tickets “as soon as they were available — the first time in my life I’ve done that.” He added, “Beyond the question of what the movie will bring to African-Americans sits what might be a more important question: What will black people bring to ‘Black Panther’? The film arrives as a corporate product, but we are using it for our own purposes….”

That’s the promise, potential and power of social impact entertainment — to engage audiences in larger ideas, and empower them to translate emotions into actions in the world around them. As Leonardo DiCaprio — himself a champion of SIE — writes, “you want to make sure that your audience walks away with a clear understanding of the steps they can take in their own lives to be part of the change you are seeking to create.”

Of course, there is no formula for success in SIE. As “The State of SIE” reveals, however, there are approaches that tend to yield greater dividends. Ultimately, this report is intended as a guidebook for current and future industry leaders and storytellers who want to engage others in addressing issues that are too complex for any single person to solve. And for those hoping to make a difference in this world, the spotlight has never been brighter.

Peter Bisanz is the executive director of the Skoll Center for Social Impact Entertainment at UCLA TFT. He was formerly the head of development and communications for the Global Knowledge Networks (GKN), the think tank to the World Economic Forum where global experts work to address the most pressing challenges facing the world today. Prior to joining the Forum, Bisanz was the founder and director of Entropy Films and the Beyond Our Differences Foundation, where he created socially relevant documentaries, films and education programs on global issues. In 2007, he was named one of the World Economic Forum's Young Global Leaders and currently serves on their advisory board. Early in his career, he worked at Paramount Pictures and later became vice president of development at the Ladd Production Company where he helped develop more than 40 projects including "An Unfinished Life" starring Morgan Freeman, Robert Redford and Jennifer Lopez, and the Oscar-nominated film "Gone Baby Gone" directed by Ben Affleck.