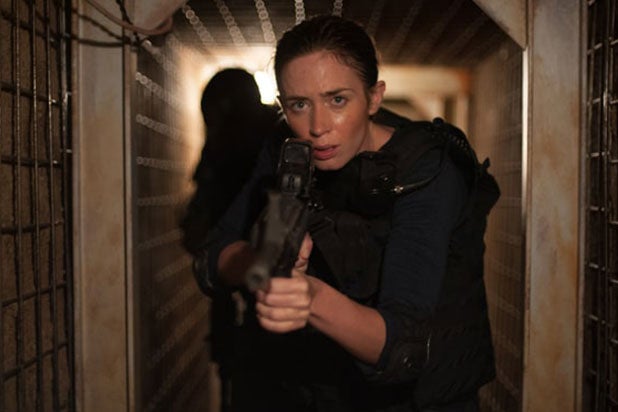 In June, news broke that Emily Blunt would not star in the upcoming sequel to “Sicario” titled “Soldado,” and screenwriter Taylor Sheridan has a simple explanation for it.

“That was my decision, and at some point I’m going to have to talk to her about it,” Sheridan said in a recent interview for TheWrap Magazine. “Her arc was complete … I couldn’t figure out a way to write a character that would do her talent justice.”

He added, “Look what she went through. It was a difficult role. Here I write this lead character and then I use her as a surrogate for the audience. I make her completely passive against her own will so the audience feels the same impotence that a lot of law enforcement officers feel, I drag her through hell, and betray her in the end. It was an arduous journey for the character, and for Emily. That character had arc,” Sheridan said.

“Sicario” also starred Benicio del Toro and Josh Brolin (who are returning for the sequel) and followed FBI agent Kate Macer (Blunt), enlisted by a government task force to bring down a Mexican cartel. The film was nominated for Best Cinematography, Best Original Score and Best Sound Editing at the 2015 Oscars. When the sequel was announced, it was also revealed that Denis Villeneuve would not return to direct and would be replaced by Stefano Sollima.

“What do you do next? She moves to some little town and becomes a sheriff and then gets kidnapped and then we have ‘Taken?'” he joked about Blunt’s role. “I had to tell the story that was true to this role, and I didn’t feel like I could create something with that character that would further that world that would do Emily’s character justice. That said, there could be room for Kate somewhere else down the road.”