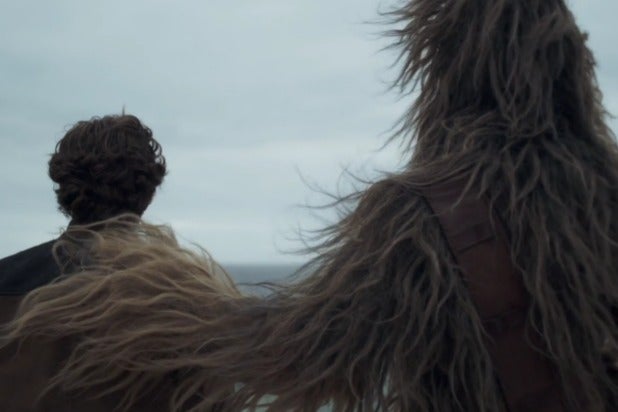 An actor has decided to spill the beans on “Solo: A Star Wars Story,” talking about “scene-by-scene” reshoots, saying Alden Ehrenreich needed the help of an acting coach, and that the production was “disorganized and chaotic” at times.

According to an actor who worked on the film under co-directors Phil Lord and Chris Miller before they exited the project, the two directors were not a great match for “Solo” from the start, having worked more on comedies than the big budget projects of Lucasfilm. The actor, who spoke to Vulture on the condition of anonymity, cited a big difference between the efficiency of Lord and Miller and Ron Howard — who took over the director’s chair after the duo’s exit.

Lord and Miller wanted 30 takes of a given scene, the actor said, “seemingly unsure of what they wanted other than a delivery ‘different’ from the last.” Howard, however, just needed two or three, according to the actor, and worked “really fast” and “took control” immediately. A spokesperson for Lord and Miller has not yet responded to TheWrap’s request for comment.

“Phil and Chris are good directors, but they weren’t prepared for ‘Star Wars,'” the actor told Vulture. “After the 25th take, the actors are looking at each other like, ‘This is getting weird.’ [Lord and Miller] seemed a bit out of control. They definitely felt the pressure; with one of these movies, there are so many people on top of you all the time. The first assistant director was really experienced and had to step in to help them direct a lot of scenes.”

According to the insider, additional photography on “Solo” was  a “scene-by-scene” do-over of things that have previously been shot, unlike with “Rogue One,” when Tony Gilroy wrote new dialogue and new scenes were shot. “It’s exactly the same script. They’re filming exactly the same things. There’s nothing new. [Lord and Miller] used whole sets. But Ron is just using parts from those sets. I guess they’re not shooting wide angle. Maybe to save money.”

Last year, reports surfaced that Lucasfilm was displeased with the performance of the project’s leading man, Alden Ehrenreich, as Han Solo. Reports also said the company decided to hire an acting coach for the actor. The actor who spoke with Vulture said that the hiring of an acting coach made a big difference in Ehrenreich’s performance. A spokesperson for Aldrenreich has not yet responded to TheWrap’s request for comment.

“Trying to mimic Harrison Ford is really tough,” the actor said. “Lucasfilm wanted something very specific: copying someone else. Alden’s not a bad actor — just not good enough.”

The actor who spoke with Vulture also said that many of the film’s smaller actors learned that Lord and Miller had been fired from the production through online reports. Lastly, the insider revealed that there was a lot of pressure to make this film better after “Star Wars: The Last Jedi” didn’t “make as much money as expected.” He added: “If they want to keep making ‘Star Wars’ movies, it has to be good.”

Representatives for Lucasfilm and Disney have not yet responded to TheWrap’s request for comment.

“Solo” stars Emilia Clarke, Woody Harrelson, Thandie Newton, Donald Glover, Paul Bettany and Joonas Suotamo. Lord and Miller said last week that they decided not to challenge Howard on a “directed by” credit on “Solo,” but rather took on executive producer credits.