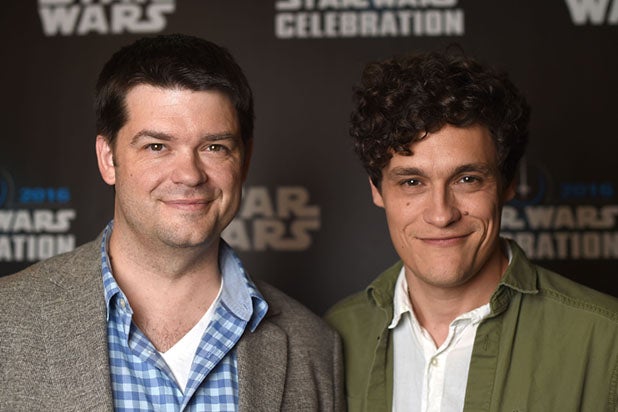 Since “Solo: A Star Wars Story” hit theaters in May, fans have wondered how much of the creative input of ousted directors Phil Lord and Chris Miller made it into Ron Howard’s final cut. According to co-writer Jon Kasdan, the answer is… quite a bit.

To mark the film’s digital release, Kasdan posted a list of fun facts on Twitter about its development and production, noting four scenes that Lord & Miller — who left the project midway through production due to creative differences and were replaced with Howard — added to the project.

Creative touches by the duo can be seen from the very beginning of the film, as they came up with the landspeeder chase through the Empire-dominated planet of Corellia. Not only did Kasdan agree that opening the movie with the chase would give it an exciting start, but it would also demonstrate how skilled Han Solo was as a pilot even from an early age.

The meeting of Han and Chewbacca as seen in the film was also largely crafted by Lord & Miller, whom Kasdan credits for the part where Han convinces Chewie to help him by speaking his language in a broken accent.

Lord & Miller also worked with Kasdan to develop Lando’s droid companion L3, with Kasdan noting the polarizing nature of the character “in these extremely divisive and politically charged times.” Kasdan says L3 was born from Miller noting the anti-droid prejudice of the bartender at the Mos Eisley Cantina in the first “Star Wars” film, especially considering droids are the least violent race in the galaxy.

The two also dreamed up the detail to have Han and Qi’ra kiss in Lando’s cape closet onboard the Millennium Falcon, serving as a parallel to Han’s later relationship with Leia in “The Empire Strikes Back.”

Also Read: Does This 'Solo' Deleted Scene Give Us a New Glimpse at Lord and Miller's Version?

“We liked the idea of seeing Han in a similar situation, with a similar type of banter, but a very different partner, one who maybe teaches him a thing or two,” wrote Kasdan. “The relationship between Han and Qi’ra was never intended to be concluded at the end of this movie. It’s a story I hope we get to tell more of someday ’cause I like their diverging paths.”

Of course, there is no guarantee that Kasdan will get that chance, as “Solo” was the biggest box office disappointment of this past summer. Grossing just $392.9 million globally against a production budget said to have ballooned to $250 million, it’s the lowest grossing film in the 41-year history of “Star Wars.”

But Kasdan is still holding out hope.

Also Read: Yes, That Was THAT Dead Villain in 'Solo: A Star Wars Story' - Here's What it Means

“To be honest, I think the challenge has much more to do with the foreign box office than the U.S.,” Kasdan concluded. “Personally I think there are great ‘Star Wars’ movies to be made that don’t need to cost quite so much.”

“Hopefully, that will be the trend in the years to come […] Given the way Hollywood, and the culture at large, seem to run from anything labeled a disappointment, the odds seem like they’re against it happening anytime soon. But I suppose Han wouldn’t have it any other way.”