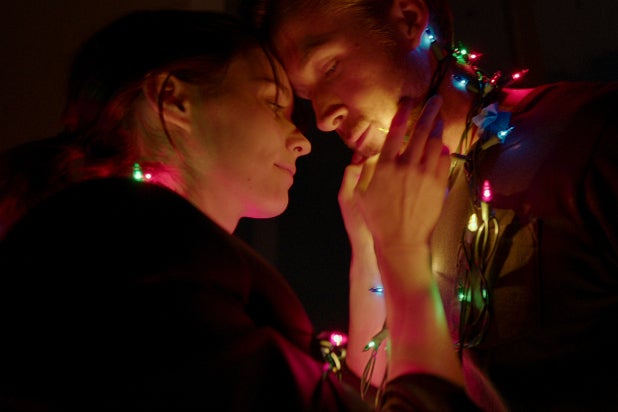 If a no-name young filmmaker working with similarly unknown actors had made “Song to Song,” it would be considered at best a pleasant amateur mood piece — thank you very much, now go back and try a little harder next time, starting with a script.

But this is Terrence Malick, the disappeared savant turned prolific auteur. His Austin-set seven-sided love story (two dudes, five women) and fourth feature this decade gets to shine a little brighter in the moviegoing consciousness due to its high-powered cast (Ryan Gosling, Natalie Portman, Rooney Mara, Michael Fassbender) and gold-star cinematographer (multi-Oscar-winner Emmanuel “Chivo” Lubezki). Who wouldn’t want to know what kind of cultured affair that gang had up its sleeve?

The problem is that Malick’s movies have increasingly begun to come across like expensive-looking, hollow home movies instead of magnetic, meaningful works of art. What were once resonating harmonies that burrowed (“Days of Heaven,” “The New World”) have become surface skims (“To the Wonder,” “Knight of Cups”). They’re affected more than affecting, gorgeous-looking but paper-thin, and as close to experimental-film parody as a major filmmaker’s predilections can get — woozy shots of slender gods and goddesses in open spaces — without incurring open laughter.

“Song to Song” is that most fascinating of busts: it spurs many feelings, but they’re sentiments like real estate envy, Austin yearning (if you’ve ever been), Lubezki admiration, and pity for A-listers who can’t improvise. What you won’t feel is anything for the characters, and let’s face it: they’re not really characters, anyway, just modish, wandering citizens of the ethereal magic-hour amusement park that is Malickland. “Song to Song” is a perfume ad for Malick’s mindset, rarely a convulsive manifestation of it.

Ostensibly we’re being given a philosophical narrative of art and corruption, soullessness and discovery, but TV’s “Empire” offers that, too, in a far more entertaining way. Mara’s avatar is an ambitious songwriter with faraway eyes whose plodding narration covers every “who am I” and “what do I want” musing you can dream up; she’s in love with Gosling’s equally ambitious musician. These Austinites may be stellar artists, but Malick primarily films them circling each other provocatively and behaving like children, as if life were an acting-school exercise.

Both are involved with Fassbender’s satyr-like music impresario (she sexually, he professionally), and the triangle is supposedly fraught, but again, there’s lots of horseplay in photogenic locations. Fassbender acts like a chimp at the beach. Hey, that looks cool, Gosling and Mara running around under an overpass, kicking up dust as the sun sets behind them. Now we’re in a tent backstage at a music festival, and is that Johnny Rotten? What’s going on, again?

“Song to Song” was originally called “Weightless,” a reference to a Virginia Woolf line about the identity-challenged self. Perhaps “Weightless” was too inviting a title for Malick’s increasing number of disappointed detractors. But even named “Song to Song,” it’s not as if the Austin music scene gets any flavorful exposure here beyond a flash of local vérité — look, Fassbender’s just offstage at a real festival! — and yet earthy rock legends like Patti Smith, Iggy Pop and Flea get solid screen time.

(Smith’s scenes — a reminiscence that could only be about Robert Mapplethorpe, offering wisdom about finding your one and only — are genuinely touching. It’s just too bad they’re in the service of bolstering Mara’s lovelorn cipher.)

I’d be lying if I said “Song to Song” was boring: it never flags because there’s a level of image-making that’s a cut above. One would expect no less from Malick and Chivo, whose affinity for the dimensionality of people and architecture and landscapes is, if we’re being charitable, admirably enveloping: the caterpillar on someone’s shoulder, the chill of an empty suite with a view, even the loneliness of an empty parking lot.

Towards the end, there’s a brief, haunted succession of mist-laden rural vistas that should take your breath away. But the cumulative effect of “Song to Song” is of a gleaming flipbook, the whirring pages offering the faintest of breezes, but nothing substantial enough to breathe in and contemplate.