Netflix’s “Sons of Sam: a Descent Into Darkness” docuseries begins streaming May 5, and it tells the story of true crime reporter Maury Terry’s crusade to prove to the world that convicted serial killer David “Son of Sam” Berkowitz didn’t act alone in killing six people in the summer of 1977.

“Sons of Sam” director Joshua Zeman told TheWrap he believes there’s evidence that Berkowitz wasn’t the only killer responsible for the New York City slayings in the summer of 1977.

“There’s a preponderance of evidence to suggest that Berkowitz didn’t act alone,” Zeman said, adding that he knows the names of some potential suspects but is keeping them anonymous.

“I have been told the names of those individuals, some of whom are still alive. So, you know, that remains to be seen… I think that I think there’s obviously enough doubt to suggest that it’s worth looking into,” Zeman said. 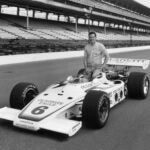 Maury Terry looked into the Son of Sam case for decades, and published many of his findings in the book “The Ultimate Evil,” published in 2000.

“Sons of Sam” director Zeman befriended Terry before his death in 2015 and used conversations with Terry — along with copious amounts of interviews and notes from decades before — to piece together the Netflix series.

“I met him actually as he was dying,” Zeman said of Terry. “I think he saw me like, ‘This kid is walking in and does documentaries, he’s my last great hope.’ I immediately recognized this was going to be a very difficult situation,” Zeman said. “He was so invested in the story and in trying to change the narrative.”

Zeman said that he encountered Terry while working on “Cropsey,” a documentary about five missing children from his hometown of Staten Island. That film brought up a lot of cult rumors, and eventually police told Zeman he needed to meet Terry, who had been looking into cults — and Son of Sam connections — for years.

Initially Zeman was hesitant to make the series, seeing Terry’s own descent into obsession over the case as a sort of “cautionary tale.” But after reading “The Ultimate Evil,” which lays out the argument that David Berkowitz didn’t murder alone, Zeman became convinced. 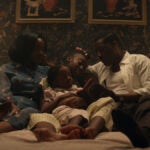 One of the most striking things about the case to Zeman, he said, was how readily the New York City police were willing to close the case. After catching Berkowitz, the police never followed up on any leads that could link other people to the six murdered and seven wounded during the summer of 1977, including two men, John and Michael Carr, who were Berkowitz’s neighbors and real-life sons of Sam Carr. Both Carr children later died in mysterious circumstances.

“My mouth just literally dropped to the floor… when I heard that they didn’t interview John or Michael Carr, it’s insane. How could you not?” Zeman asked.

Terry believed that Berkowitz and the Carr children were part of a Yonkers cult called The Children, an offshoot of the cult The Process Church of the Final Judgement, which sought to use violence to bring about the apocalypse and had ties to Scientology and Charles Manson. These cults, according to Terry, worked together using multiple gunmen to kill people across New York City in 1977, believing random violence would bring Armageddon.

The press, Zeman said, “were given a narrative that David Berkowitz was commanded to kill by a demon dog and (they) just rolled with that really hard. And to be honest, people wanted to believe it, the nightmare was finally over.”

“New York City was previously in bankruptcy, there was this horrific blackout that caused millions of dollars in damage, the Bronx was burning… and then, you had the ‘Summer of Sam.’ Everyone was really hurting,” Zeman said. “Suddenly here comes a 24 year-old, mild-mannered, pudgy postal worker who lived alone. He was smiling for the cameras and he was willing to talk, and instantly it was perfect. In some ways he was exactly what New York City needed to get out of this.”

Asked if he thought New York City police, who maintained that Berkowitz was their only killer in the Son of Sam murders, knew about a potential existence of Satanic cults, another killer or covered-up evidence, Zeman said he wasn’t sure.

“What I personally try and kind of rectify in my own brain is, are we talking malfeasance? Are we talking cover up? Or are we just talking about an incredibly amazing time in New York City history?” Zeman said. “In some ways you can’t blame anyone. They they needed this case to be over so that New York City (could) get on with life, their city was literally going to die.”

Zeman said that 44 years after the Son of Sam slayings, he is still unsure if the murders will ever be solved. “I’m not sure whether what will happen in this case,” Zeman said. “I hope people reinvestigate it. The one thing Maury Terry had always wanted was the police to take a second look at this case, And he always felt that the victims never got true justice because it was all blamed on one individual.”

“Sons of Sam: A Descent Into Darkness” begins streaming on Netflix May 5. Check out a trailer below.