NBC has picked up another “Law & Order” spinoff, this time going inside a criminal defense firm.

Titled “Law & Order: For the Defense,” the new series will “take an unbiased look inside a criminal defense firm,” according to NBC. “The series will put the lawyers under the microscope, along with the criminal justice system with every week delivering the promise of a contemporary morality tale.”

“For the Defense” joins “Law & Order: Special Victims Unit,” which has been renewed through Season 24, and the most recent addition to the franchise, “Law & Order: Organized Crime,” which marked longtime “SVU” star Christopher Meloni’s return after 10 years away from the show. 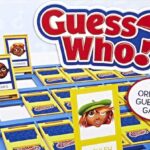 “This new show is exciting for me personally,” Wolf said. “We spent the last 30 years on shows that played offense. Now it will be great to play defense, and being able to do it with Carol is an honor and an opportunity for both of us to do television that hasn’t been done before.”

“We can’t wait to bring audiences the latest chapter of ‘Law & Order,’ which will explore a different angle of the criminal justice system,” said Lisa Katz, president, scripted programming, NBCUniversal Television and Streaming. “We’re excited about Dick Wolf’s perpetually thought-provoking approach as well his collaboration with Carol Mendelsohn, who we have been eager to do a series with for a long time.”