After the success of “Venom: Let There Be Carnage” and “Ghostbusters: Afterlife” this past fall, Sony Pictures CEO Tom Rothman announced at CinemaCon on Monday night that new sequels for both franchises have been greenlit.

“Venom 3” film comes after “Let There Be Carnage” grossed $502 million in theaters worldwide without the help of a release in China, while Tom Hardy also had a mid-credits cameo in “Spider-Man: No Way Home” teasing the future of Marvel’s symbiote antihero.

“Ghostbusters: Afterlife” had a more modest box office run but still did well domestically with $129.3 million grossed in North America and $197.3 million worldwide. The upcoming sequel was described as “the next chapter in the original ‘Ghostbusters’ universe,” after a post-credits scene in “Afterlife” in which original Ghostbuster Winston Zeddermore, played by Ernie Hudson, teased a possible reunion with his teammates. 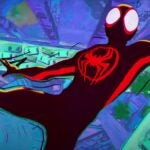 Also Read:
‘Spider-Man: Across the Spider-Verse’ Gets Work-in-Progress Preview at CinemaCon

But the announcement comes after “Ghostbusters” star Bill Murray had production on his latest film, “Being Mortal,” which was suspended by Searchlight Pictures amidst accusations of “inappropriate behavior” by the actor on set. Sony did not divulge details on the cast for the upcoming “Ghostbusters” sequel.

Both “Ghostbusters: Afterlife” and “Venom: Let There Be Carnage” were part of a very successful winter at the box office for Sony, which has grossed $1.5 billion at the domestic box office since the start of 2021. That industry-leading total was largely fueled by “Spider-Man: No Way Home,” which grossed $804 million domestically — one of only three films to hit the $800 million mark — and $1.89 billion worldwide.

Sony had a plethora of announcements and teases on Monday as part of their CinemaCon victory lap after the box office success of “No Way Home.” The studio announced yet another film in its Marvel universe of films, “El Muerto” starring Bad Bunny, and they also screened early looks at “Spider-Man: Across the Spider-Verse” and brief teases of the George Foreman biopic, the Whitney Houston biopic and more.