Sony Pictures has pushed back Brad Pitt actioner “Bullet Train” three months to July 2022, the studio announced on Tuesday. The film will now be released on July 15, 2022.

The film was initially supposed to open on April 8, 2022. 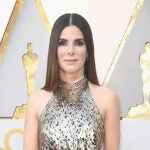 “Bullet Train” has a screenplay by Zak Olkewicz and is based on the book “Maria Beetle” by Kotaro Isaka. The producers are Kelly McCormick, David Leitch and Antoine Fuqua, and the executive producers are Ryosuke Saegusa, Yuma Terada, Brent O’Connor and Kat Samick.

“Bullet Train” follows a group of five assassins, each with their own motives but with something unexpected in common, who board a bullet train where chaos soon erupts.

Additionally, Sony also pushed “Where the Crawdads Sing” a month to July 22, 2002. The film was previously scheduled to open on June 24. 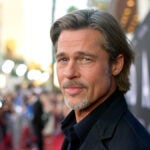 The film is based on the bestselling novel by Delia Owens, and will be released by 3000 Pictures. The film stars Daisy Edgar-Jones as “Kya,” Taylor John Smith as “Tate” and Harris Dickinson as “Chase.” Olivia Newman will direct the screenplay written by Lucy Alibar (“Beasts of the Southern Wild”). The film is being produced by Reese Witherspoon and Lauren Neustadter of Hello Sunshine.