“In light of the humanitarian crisis in Ukraine, WarnerMedia is pausing the release of its feature film ‘The Batman’ in Russia,” a spokesperson for Warner Bros. said in a statement Monday evening ahead of the film’s release this Friday. “We will continue to monitor the situation as it evolves. We hope for a swift and peaceful resolution to this tragedy.”

Disney went one further when announcing the delay of “Turning Red,” calling out Russia’s “unprovoked” invasion of Ukraine. “Given the unprovoked invasion of Ukraine and the tragic humanitarian crisis, we are pausing the release of theatrical films in Russia, including the upcoming ‘Turning Red’ from Pixar,” a spokesperson for The Walt Disney Company said in a statement Monday. “We will make future business decisions based on the evolving situation. In the meantime, given the scale of the emerging refugee crisis, we are working with our NGO partners to provide urgent aid and other humanitarian assistance to refugees.” The Pixar film “Turning Red” is set to release this month, premiering exclusively on Disney+ in the United States. 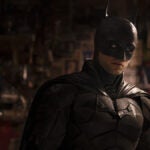 Sony, meanwhile, pointed to the uncertainty and humanitarian crisis that’s unfolding in Ukraine at the moment when announcing the delay of “Morbius,” which is set to roll out in the U.S. on April 1. “Given the ongoing military action in Ukraine and the resulting uncertainty and humanitarian crisis unfolding in that region, we will be pausing our planned theatrical releases in Russia, including the upcoming release of ‘Morbius.’ Our thoughts and prayers are with all those who have been impacted and hope this crisis will be resolved quickly,” a Sony representative said in a statement provided to TheWrap.

Anger against Russian President Vladimir Putin for the invasion, which began Feb. 24 has, in addition to provoking sanctions and a spike in military aide to Ukraine, seen Hollywood guilds and business groups speaking out. 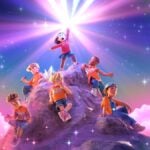