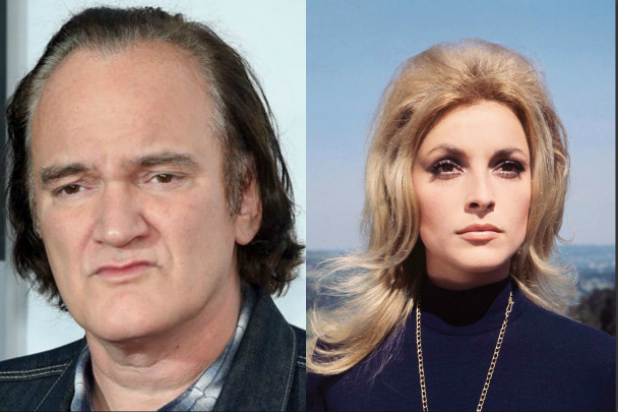 As part of a series of release date changes, Sony Pictures has moved the release date of Quentin Tarantino’s “Once Upon a Time in Hollywood” up two weeks to July 26, 2019, moving the film off of the 50th anniversary of Sharon Tate’s murder.

Instead, the Tarantino film will go against Universal’s “Hobbs and Shaw,” the upcoming spin-off of the “Fast & Furious” franchise starring Dwayne Johnson and Jason Statham.

Also Read: First Look at Tarantino's 'Once Upon a Time in Hollywood': Leonardo DiCaprio and Brad Pitt Take on the '60s

An individual with knowledge of the slate changes told TheWrap that the anniversary had nothing to do with the release change, saying that the film was moved to the end of July to give it a full month of play time for summer audiences. Tate was murdered with four others on August 9, 1969 by members of Charles Manson’s cult at the home she shared in Los Angeles with her husband, Roman Polanski.

Tarantino has said that “Once Upon a Time in Hollywood” would not be based on Tate’s murder, but would instead use it as the backdrop for the story of a past-his-prime actor and his stuntman looking for one last big break in a Hollywood that left them behind. Leonardo DiCaprio and Brad Pitt will star in the film as the two leads.

Dakota Fanning, Luke Perry and Damian Lewis will also star in the film, along with Margot Robbie, Burt Reynolds, Timothy Olyphant, Kurt Russell, Michael Madsen and Tim Roth. The film will also be Tarantino’s first film without Harvey Weinstein as producer following his indictment on several sexual crime charges and the demise of his studio, The Weinstein Company. Weinstein was responsible for launching Tarantino’s career, releasing all of his films through Miramax and later through TWC.

Along with the release change for “Once,” Sony also announced that “Zombieland 2,” which will see the original’s entire cast return, will open in October 2019. Greta Gerwig’s adaptation of “Little Women,” which will star Saoirse Ronan, Meryl Streep, Emma Stone and Timothee Chalamet, will be released on Christmas Day 2019, while the adaptation of Valiant Comics’ “Bloodshot” will be released February 2020.