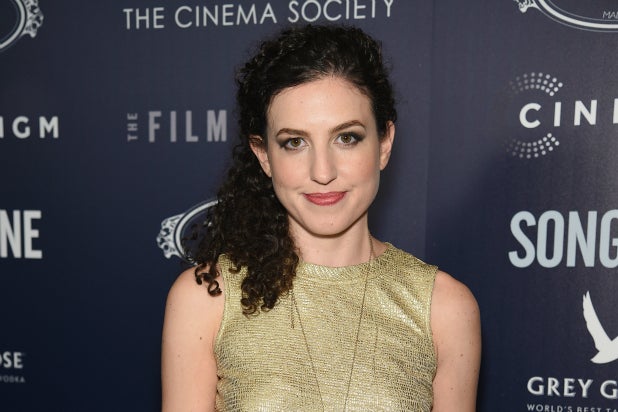 One of the six winners of Sony Pictures Television’s Diverse Directors program has a very familiar name: Kate Barker-Froyland is the daughter of Sony Pictures Classics co-president and co-founder Michael Barker.

The program, which selected its first class in 2014, is designed to provide “opportunities for artists of diverse backgrounds to shadow established TV directors on episodes of various SPT series,” according to a press release.

Barker-Froyland, who was among the winners announced Thursday, was selected from a field of hundreds of applicants which was narrowed to 15 semifinalists, according to Sony. Those six directors are slated to shadow TV directors on Sony series including “The Blacklist,” “Dr. Ken,” “The Goldbergs,” “The Night Shift” and “Powers.”

In addition to being the daughter of one of Sony’s highest-ranking entertainment executives, Barker-Froyland is the director of “Song One,” a full-length feature film starring Anne Hathaway. The movie was featured in the 2014 Sundance Film Festival and received a limited theatrical release in January 2015.

“All the Diverse Directors finalists were chosen based on merit, experience, and the quality of the work they submitted,” Kim Rozenfeld, executive vice president, U.S. scripted programming for Sony Pictures Television, told TheWrap in a statement in response to a question asking whether Sony is concerned about the appearance of nepotism in Barker-Froyland’s selection.

When pressed for additional comment, a Sony representative offered none.

A study released in September by the Directors Guild of America found that only 18 percent of first-time episodic TV directors hired are women, and only 14 percent are minorities.