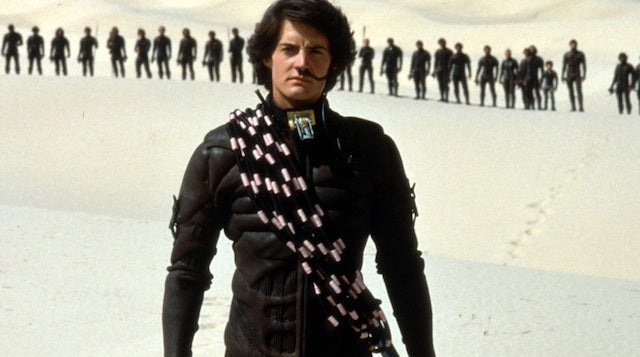 "Dune," David Lynch's film version of Frank Herbert's sci-fi novel of the same name, is one of the most notorious flops in cinema history. It's a mess of film. One that was so egregious, Lynch later admitted he never should have shot a single frame.

Out of this painful chapter comes "Jodorosky's Dune," a documentary about a failed attempt by cult film director Alejandro Jodorowsky ("Santa Sangre") to adapt the seminal book. Sony Pictures Classics said Thursday that it has acquired North American rights to the film by Frank Pavich.

It premiered to strong reviews at the Director's Fortnight at the 2013 Cannes Film Festival.

Jodorowsky labored for two years in pre-production. He hoped to cast his own 12-year-old son Brontis alongside an eclectic group that included Orson Welles, Gloria Swanson, Mick Jagger, David Carradine and Salvador Dali in the picture and set the whole enterprise to a musical score by Pink Floyd.

The art-design would have come courtesy of H.R. Giger, who is credited with coming up with the look of "Alien," and the artist and cartoonist Jean "Moebius" Giraud.

"SPC has seen that, even though this is a documentary about a never-completed film, it is not a story about failure.  It's a story about ambition and how the power of art can effectively change the world," Pavich said in a statement.

The studio did not say when the film will debut.