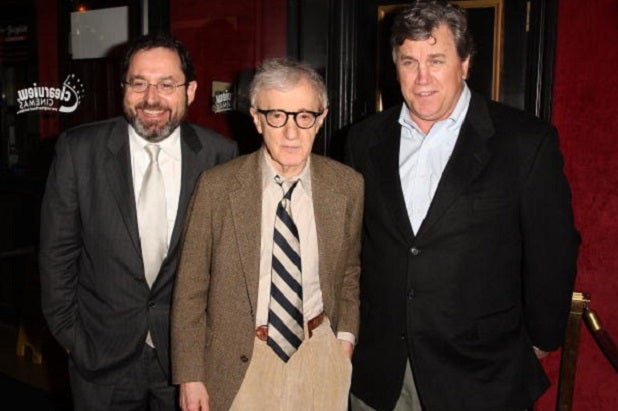 Sony Pictures Classics, the longtime distributor of the films of Woody Allen, on Sunday stood by the director who was accused Saturday by Dylan Farrow of molesting her when she was 7.

“We have had a long, productive and rewarding relationship with Mr. Allen,” SPC said in a statement. “This is a very complicated situation and a tragedy for everyone involved. Mr. Allen has never been charged in relationship to any of this, and therefore deserves our presumption of innocence.

“Films are major efforts of collaboration. There are scores of artists and craftspeople behind ‘Blue Jasmine.’ We support and celebrate their extraordinary work here, and count ‘Blue Jasmine’ as a major achievement of Mr. Allen’s career.”

SPC has distributed Allen’s last seven films, including “Blue Jasmine,” for which he is nominated for an original screenplay Oscar. The company is scheduled to handle his next movie, “Magic in the Moonlight,” as well.