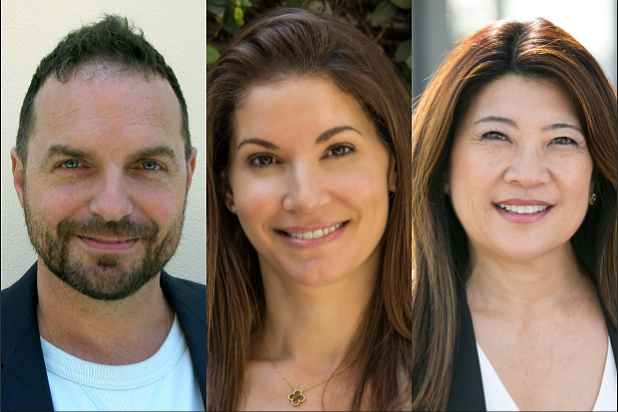 “While I understand Andre’s decision that this is the right time personally for him to move on, the company and I myself will miss him hugely,” says Sony Pictures Motion Picture Group Chairman Tom Rothman in a statement to TheWrap. “He is a superior executive. His smarts, insight, experience and enthusiasm make him an exceptional colleague and a gifted film maven. He is, also, a true class act. I join everyone here in expressing our gratitude and wishing him joy.”

With the restructure, 35 staffers were laid off in the distribution and marketing units, according to an individual with knowledge of the situation.

Under the restructure, the new marketing group will be run by Paul Noble and Danielle Misher, Co-Heads of Global Theatrical Marketing, along with Lexine Wong, Head of Global Multichannel Distribution Marketing. They will report to Greenstein and Le Goy.

As the lines blur between theatrical and streaming, Sony becomes the first major movie studio the consolidate the distribution and marketing divisions. Sony is also the latest studio to impose layoffs as the coronavirus pandemic has upended moviegoing and theaters remained closed. Disney, NBCUniversal, and Warnermedia have made similar layoffs.

Greenstein and Le Goy wrote in the memo that the merging “will allow for better coordination and enable us to apply the collective expertise of our teams across all platforms throughout each title’s lifecycle, and to respond cohesively to new and emerging release patterns.”

Read the memo from Greenstein and Le Goy below.

We want to inform you of some important structural changes taking place in our marketing and distribution operations in Motion Pictures and Television. Moving forward, we will be combining our theatrical, home entertainment and television distribution marketing teams in the U.S. and adopting a regional model for both businesses internationally. This will allow for better coordination and enable us to apply the collective expertise of our teams across all platforms throughout each title’s lifecycle, and to respond cohesively to new and emerging release patterns.

The changes represent an important step in further integrating and streamlining our businesses across the studio and will strengthen our marketing and distribution capabilities in today’s rapidly changing marketplace.

In the U.S., our new centralized marketing group will be run by Paul Noble and Danielle Misher, Co-Heads of Global Theatrical Marketing, along with Lexine Wong, Head of Global Multichannel Distribution Marketing. Paul, Danielle and Lexine will now have a dual report to both of us and will handle marketing across all production labels.

Internationally, we will be combining our film marketing and distribution teams into the regional model that currently exists in our television distribution and networks business. Regional heads, who will be named shortly for Western Europe, CEEMA (Central, Eastern Europe, Middle East and Africa), Latin America and Asia Pacific will report to both Steven O’Dell, President International Distribution for MPG, and Mike Wald, EVP International Distribution and Networks. Country leaders in those territories will report into the respective regional head. Over the next several months, Mike and Steven will partner with the regional leaders to determine the most effective structure for their region. Steven and Mike will have a dual report to both of us.

The following leaders will also now have a dual report to both of us:

Our own reporting lines will not change, but we will be working very closely together on these matters.

The company has considered for some time combining these operations to create better efficiencies and tighter collaboration among our teams. The ongoing COVID-19 pandemic and its impacts on our industry – particularly in how it has upended distribution and the ways in which audiences are consuming content – accelerated the efforts in implementing this restructure. Ultimately, these changes will better position us as a studio for when we come out of this pandemic.

With the consolidation, unfortunately some positions in the U.S. marketing and distribution teams have been eliminated. Those employees impacted have been notified and we sincerely thank them for their many excellent contributions.

We look forward to working with our teams and all of you over the coming days as we put these changes into action.