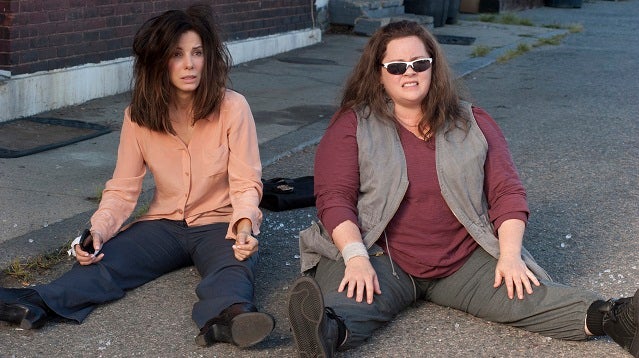 Sony said Wednesday it is moving horror remake “Evil Dead” up a week, into the April 5 slot that opened up when Fox shifted its Sandra Bullock-Melissa McCarthy buddy comedy “The Heat” to June 28.

The shift puts “Evil Dead” up against Universal's 3D re-release of “Jurassic Park,” and takes it away from the openings of the Warner Bros. Jackie Robinson biopic “42” and the Weinstein Company's horror spoof “Scary Movie 5.”

Sam Raimi is producing and wrote the screenplay for “Evil Dead” with Diablo Cody. Federico Alvarez will direct.

“The Heat” is directed by Paul Feig (“Bridesmaids”) and stars Bullock and McCarthy as FBI agents. The new date will put it up against Universal's action comedy “Kick-Ass 2” and the Roland Emmerich-directed “White House Down.”

Sony originally planned to premiere “White House Down” on Nov. 1 but moved it up last August. Jamie Foxx stars as the commander in chief and Channing Tatum  as the Secret Service agent sworn to protect him.