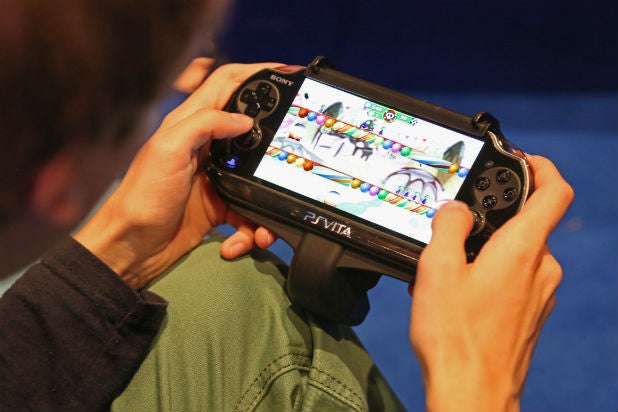 The Federal Trade Commission accused Sony Computer Entertainment America and its ad agency, Deutsch LA, on Tuesday of deceiving the public in ads and tweets for the launch of the PlayStation Vita handheld gaming console.

Deutsch and Sony agreed to settle the case, with Sony paying consumers what could top more than $750,000 in cash and buyer credits. Buyers of Vita will get the choice of $25 in cash or $50 in credit towards Sony purchases.

For the first time, the FTC pointed to tweet endorsements as the reason for making a deception complaint. The FTC said Deutsch’s ads for Vita were deceiving and accused the ad agency of illegally hiding that its employees’ “endorsement” tweets touting Vita were sponsored messages.

The FTC has warned repeatedly that any payment of significant cash or goods for social media endorsements in the blogosphere need to be clearly identified.

It cited as evidence a memo from a company executive urging the ad agency’s employees to tweet messages from their personal accounts touting Vita using the hashtag #gamechanger.

“Fellow Deutschers,” said the memo from an assistant account manager. “The PlayStation Team has been working hard on a campaign to launch Sony’s all-new handheld gaming device, the PS Vita, and we want YOU to help us kick things off!

The FTC action stems from Sony’s rollout of the $250 PlayStation Vita in 2012, when according to gaming sites, Sony sold several hundred thousands of the consoles.

However, Sony did two things wrong, according to the FTC.

First in its ads for the pocket-sized console, Sony claimed it would revolutionize gaming mobility by enabling consumers to play their PlayStation 3 games via “remote play,” and that they could engage in “cross platform” play by starting a game on a PS3, pausing and saving it, and then continuing the game where they left off, on a PS Vita.

The FTC said the remote feature and the cross platform features weren’t available for many games, the advertised pause feature either wasn’t available at all or only at certain times, and that Sony misled consumers by not making it clear that to switch between consoles, consumers had to buy two versions of the same game — one for each.

“In the gaming industry, you have a problem with a new product described as a ‘game changer,'” Linda K. Badger, an FTC attorney told TheWrap. “It is hard for consumers to assess those claims.”

It is important the claims be accurate, she explained, because consumers have to base their purchases on the campaigns and can’t assess the veracity of any claims in advance.

In a statement, Sony noted all the advertising occurred more than two years ago. “Although we have a strong difference of opinion with the FTC as to the message that PS Vita purchasers took from that advertising, we decided to settle in order to focus on the PlayStation 4’s momentum into this holiday, where PlayStation Vita continues to play an important role,” it read.

“PlayStation has always been and will continue to be a brand built around our consumers. To that end, our settlement will offer qualifying Vita owners the unique opportunity to get additional value and content for their handheld system.”