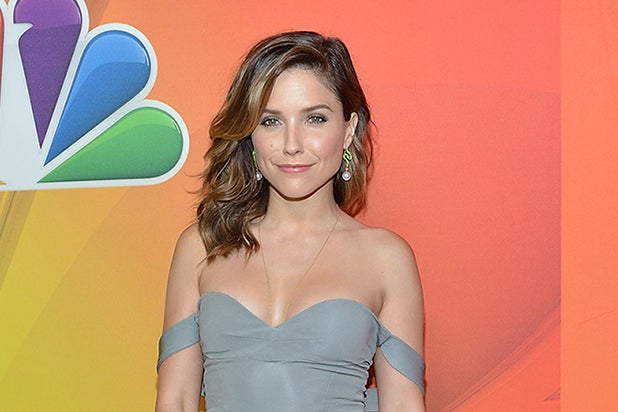 Sophia Bush doesn’t support Billy Bush — and she wants to make sure People magazine gets the message.

The Time Inc. magazine included Sophia Bush, star of NBC’s “Chicago PD,” in a story about celebrities who support Billy Bush, the “Today” cohost who landed in hot water when a tape surfaced of him engaging in lewd talk with Donald Trump in 2005. The disgraced Bush is now reportedly negotiating his exit from “Today.”

Only problem: Sophia Bush says she doesn’t support Billy Bush (who is no relation). In fact, quite the opposite.

“Oh no hell no @people I did NOT say I support Billy Bush’s vile encouragement of groping after that tape,” Sophia Bush tweeted to followers late Monday. “Do not twist words for clickbait.”

Oh no hell no @people I did NOT say I support Billy Bush’s vile encouragement of groping after that tape. Do not twist words for clickbait. https://t.co/btg3ebKJRW

The source of the confusion apparently stems from an earlier Sophia Bush tweet, where she noted the irony that Bush had been suspended for his role in the lewd incident from 2005, but that Trump was still running for president.

People’s writers and editors evidently construed that as a pro-Billy sentiment, until TV’s other Bush complained.

Also Read: Sophia Bush to 'Random Dude' on a Plane: 'You Don't Get To Harass Me'

As a result, @people removed a tweet about the matter, and also corrected the article by deleting the reference to Sophia Bush.

A call to a spokesperson for People was not returned.