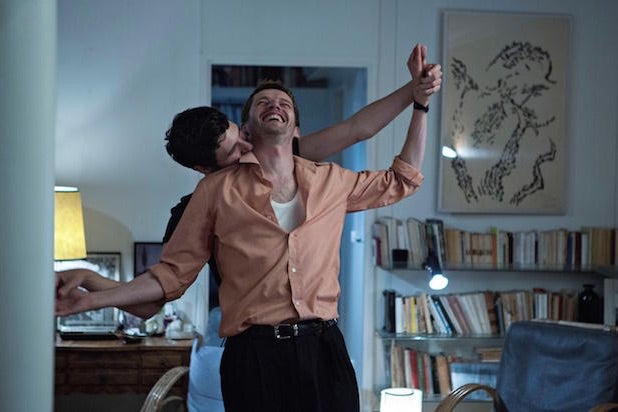 In festival shorthand, every buzzy film finds a precedent from a previous edition. Blow away the press but get no love from the jury? You’re this year’s “Toni Erdmann.”

Die on the vine, inspiring jeers and sarcastic applause before the credits even come to a close? You’re this year’s “The Last Face” (sorry to break the bad news).

And so, should people in Cannes start referring to Christophe Honoré’s “Sorry Angel” as this year’s “BPM (Beats Per Minute),” that might have more to do with passions it inspires and with the possible awards in its future than with the fact that both films happen to be AIDS stories set in Paris during the early 1990s. Although there is of course that factor.

If anything, Honoré’s deliberately paced, willfully unsentimental character study is like the yin to the yang of last year’s Cannes Grand Prize winner, “BPM.” Whereas Robin Campillo’s ACT-UP drama argued that the personal was political, and did so with lightning-bolt urgency, Honoré’s film is a more subdued rumination on community and connection.

He does so by the telling the story of two men. Jacques (Pierre Deladonchamps) is a thirtysomething novelist living in Paris. He’s HIV-positive, but his relative good health has held out enough for him to spend just as much time worrying about his poor finances and stalled career. All the way in Brittany, 22-year-old student Arthur (Vincent Lacoste) has yet to even begin a career — or, for that matter, come out of the closet.

These are two men, not two men in love. Though Arthur and Jacques do end up meeting, connecting and falling into bed, “Sorry Angel” is not a film about their — or any — coupling. Rather, Honoré uses the two, and Jacques’ fiftysomething neighbor Mathieu (Denis Podalydes), to explore the intergenerational community that these men create for each other.

Set 25 years ago, close enough to the present to not feel too much like a period piece but just before the technological, medical and political advances that would forever alter LGBTQ life, the film navigates the fluidity of interpersonal relationships. A lover today may become a mentor tomorrow and perhaps a caregiver further down the line.

And so we have, with our two leads, opposite sides of the same coin. Sexually assertive and unashamed of his preference for men, Arthur is not quite “out” because for him there’s a full stop between sexuality and identity. And through his interactions with Jacques — out and fully socialized in Gay Paris but with a physical confidence diminished by illness — he may not find a partner, but he discovers a sense of self.