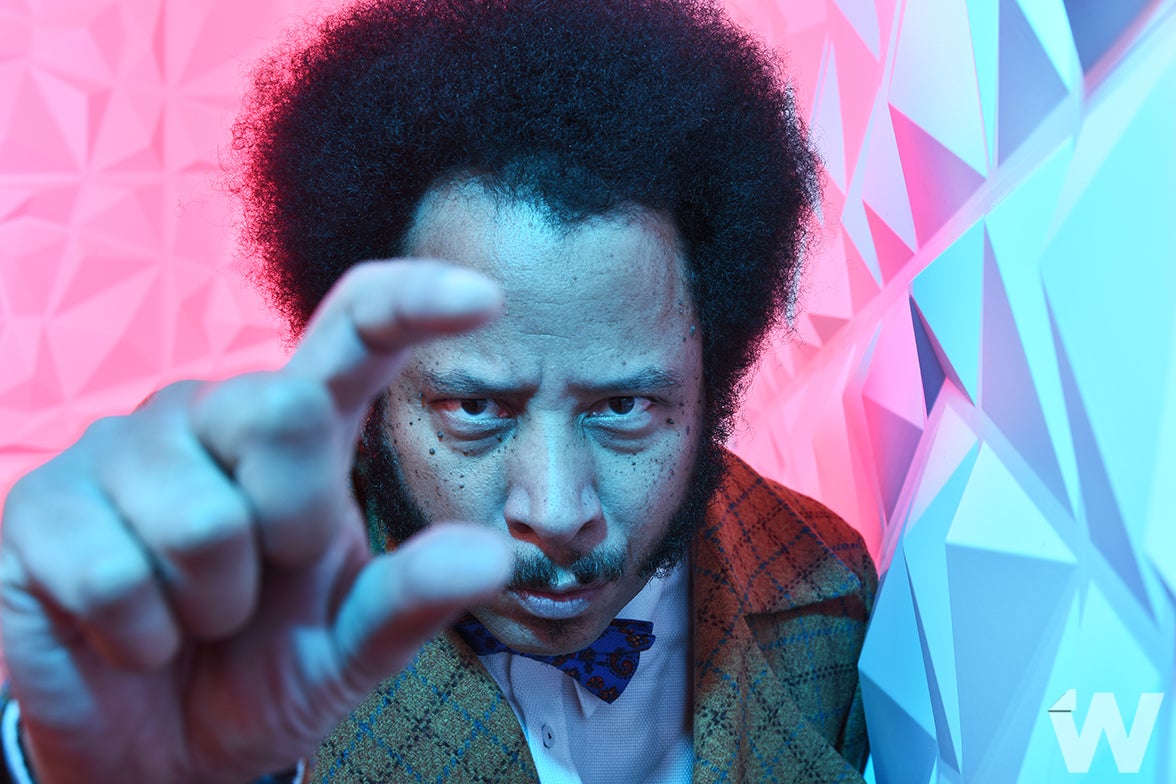 On the way to interview Boots Riley at a hotel on Sunset Boulevard, I spoke with my Uber driver, Adam, about Riley’s debut film, “Sorry to Bother You.” The name rang a bell with Adam, but he couldn’t quite remember where he heard about it.

“Well, it’s about a black guy named Cassius who gets a job as a telemarketer,” I explained to him. “He’s struggling to make any sales but then finds a breakthrough when a co-worker tells him to use his ‘white voice.'”

“Oh, YEAH! I saw the trailer for that! I want to see that so bad!” Adam exclaimed. “You know, I actually used to work in telemarketing, and I remember that a lot of black and Hispanic guys had to do something like that too. They had to talk in a different way and I was reminded of that when I saw this movie.”

Indeed, the dissonant experience of hearing David Cross and Patton Oswalt’s voices come out of Lakeith Stanfield and Omari Hardwick’s mouths is one of the predominant hooks of this film’s marketing campaigns. But as those who have seen the film can attest, “Sorry to Bother You” is a film with a lot of things to say about race, class, capitalism and the importance of unions and organizing. And it says them all in a story filled with imaginative concepts and madcap images.

In fact, Riley, himself a former telemarketer, says the “white voice” is one of the last concepts that he added into his script. In an interview with TheWrap, he said that he decided towards the end of the writing process that it was essential to show how the notions of success in American society are affected by race, and how that in turn ties into economic inequality.

“The white voice is merely an idea that everything is taken care of. That voice, that whiteness, is a performance for white people as well,” Riley said. “But often, what is studied is blackness and black culture as a performance, as if to say, ‘Oh, these people are acting macho, they don’t have the culture that’s sufficient to survive, and that’s why their poor or have a broken family.'”

“Blackness is often studied as a performance and talked in terms of proving that those in poverty are completely responsible for their own poverty. Yet, we live in an economic system where, regardless of your own feelings on it, there has to be poverty. You wouldn’t be able to get people to work for 10 bucks an hour if there wasn’t poverty. You have to have an army of unemployed people.”

Check out more of Boots Riley’s thoughts on the film and the politics that constructed it in the interview below. It has been edited for clarity and contains some plot details in the film.

You published the screenplay for “Sorry to Bother You” several years ago. From the time you finished writing to the time you were able to actually make the film, were there any changes you made to suit the political times?

Well, I finished writing the movie in 2012 and we published it in 2014, but no, I think it pretty much stayed the same. We’re in the same economic system. Things are maybe more… advanced from where it was back then, but it’s just another step on the staircase that was already being built.

Before filmmaking, you’ve worn several different hats in your life. You’ve been a telemarketer, an organizer, a hip-hop artist. What made you want to include all those facets in this film?

I wanted to explore how those different sides come into conflict with each. There’s the artist side, which is represented by Detroit (played by Tessa Thompson). There’s the organizer side. That’s represented by Squeeze (Steven Yeun). And then there’s the funny guy with Sal (Jermaine Fowler). And then in the middle of all these guys is Cassius (Stanfield), and he’s a guy who just wants to find meaning and success in what he’s doing and wondering when he’s going to find some progress in his spot in life.

Detroit especially is interesting to me because, as an artist, she’s always looking for a message to convey to the world. That’s Tessa, too; you could describe her in the same way. Maybe where Tessa had to expand is that Detroit is a person who is always looking for a way to use every wall and every inch of her body to express truth, and that’s combined with her art. Tessa might be more confined to what roles she picks or what she says beyond those roles, so she had to expand herself in a physical way.

David Cross and Patton Oswalt play the white voices. Did you have them in mind when thinking of the idea of a black man talking with this put-on voice?

Well, actually, David and Patton were the first guys to sign on to the movie when it was just me, a script and email addresses. I didn’t know for sure at that point what I’d have them do. As far as I knew, it was wide open. And when I did add the white voice role, we didn’t really talk about what it meant. They just latched on to it right away and they understood what the voice needed to sound like and represent.

You’ve crammed so many ideas and messages into this film, and it’s all packaged into such a bizarre and unique aesthetic. How do you go about organizing all this in your writing?

It started with this basic story about a telemarketer who has to choose between this success and an ongoing strike, and there were a couple scenes I knew I wanted to put in. […] I had all these philosophical ideas…well, you see when it comes to writing and avoiding cliche, my goal is to figure out what I really think about when I think about a subject. It’s easy to fall to cliche because when we think of something we fall to the first view of how we see it, and our views are very much guided not by our own experiences but by movies we’ve seen or songs we’ve heard.

I’ve never been to Delhi, but I have a picture of it in my head, and the picture has to do with the streets and the vehicles and how the people are dressed, but I’ve never been there! Those pictures are probably from a James Bond movie or something, not from a documentary. If I made a scene from Delhi, it would probably be based on those cliches. So when I’m writing, I’m trying to make sure I’m not doing that.

That process is really important when I’m trying to bring larger ideas into the story, because I don’t want it to be corny or obvious. That’s where the bending of reality comes in. For something to be emotionally true, that surrealness helps me avoid that cliche. That was true even with the white voice. It wasn’t until the end that I realized that the voice was going to be really important to the story.

It’s also true in the party scene where Cassius has to rap for all these rich people. The reality-bending helps there because I knew I didn’t want Cassius’ mind to be changed by the people around him. He needed to see himself and what he had become on his own. But then I realized…wait, this is a world where basically everyone accepts chattel slavery, and Cassius sells it. He’s gotten to that point where I began to wonder, “Would that be enough?” So I had to come up with something even bigger that would shock him to his mortal core.

“Sorry to Bother You” is now in theaters in select cities and opens nationwide on July 13.

The Party Report rides shotgun with Priyanka Chopra, Jake Gyllenhaal, and more as a fleet of 100 Acura MDX luxury SUVs shuttles VIPs to screenings and parties

After arriving in Park City to promote his film "Burden," the singer Usher said "Yeah!" to hitting up the scene.