For its 10th awards presentation, the World Soundtrack Awards has assembled what is likely the biggest group of heavyweight soundtrack composers to ever perform in at a single concert. 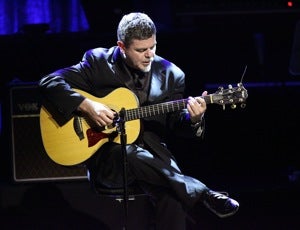 All 11 composers will appear live in concert at the World Soundtrack Awards, which will be given out as part of the Ghent International Film Festival in Belgium on October 23. The awards, which honor film composers in five different categories, are voted upon by the World Soundtrack Academy, a group of 300 film-music professionals formed by the Ghent festival 10 years ago.

Each composer will be represented by a six-minute suite, accompanied by film clips.

Two days before the ceremony, another noted composer, John Barry, will be honored with the festival’s Lifetime Achievement Award at a concert of his music performed by the Brussels Philharmonic – Flemish Radio Orchestra.

The Ghent will run from October 12 to October 23 and will screen more than 150 features and shorts.