South Korean television network MBC has apologized for the graphics that accompanied athletes of several countries as they marched in during the Opening Ceremony’s Parade of Nations Friday.

Among the images criticized by viewers was that of the destroyed nuclear power plant in Chernobyl as Ukraine’s flag-bearers entered. And Haitian athletes arrived alongside a caption reading, “The political situation is fogged by the assassination of the president.”

Italy was signified by an image of pizza, El Salvador was pictured representing Bitcoin, Norway’s graphic was salmon, and a photo of Dracula accompanied Team Romania. 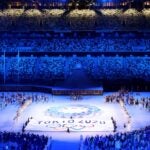 According to reporter Raphael Rashid, Sweden’s visual said it was the “developed country of welfare” but made a typo in “developed country” (선진국) and wrote “선지국” which is cow blood soup, a Korean delicacy. MBC also noted the GDP and vaccination rate for each country, confusing its nation’s viewers.

MBC eventually issued a formal apology saying they were “deeply sorry” for the inexcusable mistake.” 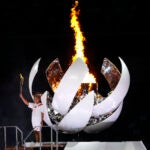 Following MBC’s airing of the Opening Ceremony, screenshots of the clichéd identifiers circulated on social media, causing “Chernobyl” and “national disgrace” to trend on Twitter in South Korea.

Unfortunately, MBC made similar errors in judgment during the 2008 Beijing Olympics. At the time, the TV network introduced Cayman Islands as “famous as a tax haven for establishing offshore funds,” Chad was “the dead heart of Africa” and Zimbabwe had “murderous inflation,” Rashid reported. After that incident, the network was warned by the Korea Communications Standards Commission.