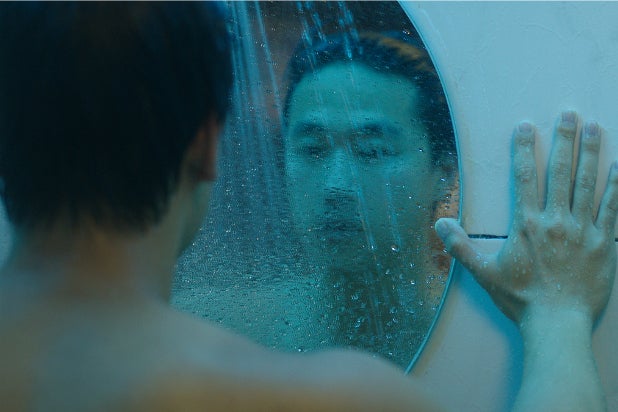 It’s been a summer of teenage boys both at the movies and in television. Ira Sachs told a tale of “Little Men” in New York City, the Duffer brothers tapped into our unwavering nostalgia for the ’80s in “Stranger Things,” and Baz Luhrmann recreated the birth of hip-hop through Bronx young-uns’ during “The Get Down.” While Andrew Ahn’s directorial debut, “Spa Night,” bears little aesthetic resemblance to Luhrmann’s opulent revisionist history, or Sachs’s humanist portrait of gentrification, it’s yet another filmic offering about an adolescent in pursuit of identity and purpose.

The young man in question here is David Cho (Joe Seo, whose performance won jury prizes at Sundance and Outfest), a taciturn 18-year-old whose life is upended when his parents are forced to close down their long-operating restaurant. The dissolution of the family business takes a toll on everyone: mother Soyoung (Haerry Kim), picks up a low-paying job as a waitress, while father Jin (Youn Ho Cho), sits at home alternately begging for work over the phone and drowning himself in cheap booze.

David’s parents want nothing more in this world than to see their only child flourish. Even though they don’t have the money, they enroll him in SAT prep classes to guarantee quality higher education. “He’s going to go to USC,” they say, proudly, to a college counselor. David remains silent.

On the familial front, “Spa Night” shows its hand in that enrollment scene. David is the product of two Korean immigrants who worked tirelessly to create a new life for themselves, and, most importantly, their offspring. He has all the moral and cultural pressures of being a second-generation American. and these anxieties manifest in David’s dormant homosexuality. 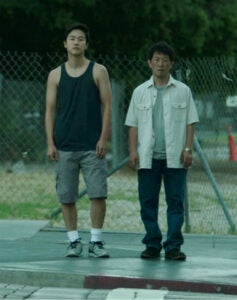 Ahn artfully entwines two disparate narratives until we can’t tell the difference. On one hand we have a traditional American story, the one we repeatedly tell ourselves about how anyone in this country can succeed, no matter the environment, background, or upbringing.

Conversely, it’s also about David’s sexual awakening. His parents seem distraught at the concept of David marrying a white girl (“How would we talk to her?”), much less being with a man. He keeps this element of his life hidden by taking a job at a spa in Koreatown (“Spa Night” was shot on location in Los Angeles), where David finds surreptitious gay sex.

Ahn smartly enlists the talents of cinematographer Ki Jin Kim in scenes that recall Tom Ford‘s immaculate “A Single Man.” Together, Ahn and Kim approach moments of sensuality subtly, as the camera languidly wades into the steamy saunas and the monochromatic showers where David’s interest in the unknown begins to percolate. He’s simultaneously frightened and enlivened by the possibilities of touching a man. Neither obtuse nor obvious, “Spa Night” finds the perfect balance in communication. It shows enough, but not too much; it articulates its ideas, but it doesn’t asphyxiate the audience with them.

Scenes of David’s carnal curiosities are followed by heartfelt discussion with his parents. They’re still in the dark about this other side of their son, yet there’s a candid exchange in dialogue. As Soyoung continues to bust her ass bussing tables, Jin falls deeper and deeper into depression. Toward the end of the movie, Jin and David put themselves on the line. They’re in the car. It’s been a long day, the type of day that needs alcoholic alleviation. Finally, after some prodding, Jin spits it out: “Go to college. Get a girlfriend. Move out!” He’s angry, and hopeful. At end of it all, good parents want their children to have better lives than they did. This is what Jin believes to be evolution, the proper continuation of the Cho family: leaving home, a diploma and woman in tow, to start a new life.

But this isn’t David’s trajectory. In fact, no one exactly knows David’s trajectory, least of all David. “Spa Night” doesn’t leave the viewer with a definitive conclusion. Instead, it leaves us with a person — alone and out of breath on a bench — who’s now a little bit closer to figuring out what he wants.