According to the website Outagealert, Spectrum services went down at approximately 6:46 p.m. Pacific time and the outages continued as of 7:45. At 7:28 p.m., Spectrum said on Twitter that it is aware of the problem and is investigating.

“We are aware of an outage affecting multiple service areas and thank you for your patience as we investigate,” the company said.

The scope of the outages is note known precisely, but a Downdetector.com map showed a heavy concentration of outages in Southern California, with smaller, but still significant outages reported in Florida, central Texas, the San Francisco Bay area, Seattle, the Carolinas and greater New York, among other places. 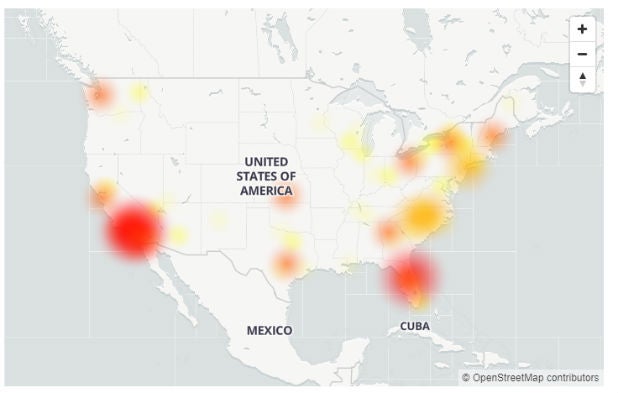 On social media, while complaints came primarily from users in Southern California, people from other affected regions also joined in. Attempts to contact Spectrum were unsuccessful; an automated message said at around 7:45 p.m. that the system is too overloaded to take calls at the moment.

The outages have not affected all users in a given area, however. TheWrap can confirm that at least one staff member living in Koreatown, Los Angeles was knocked offline for at least 30 minutes, after which service was only partially restored. Another living in the same neighborhood experienced no outage.