The day Chilean director Andrés Wood went to America to promote his film, “Spider,” which is Chile’s Oscar submission this year, his country erupted in protests amid a massive and violent time of political upheaval.

What started as anger over a surge in the price of subway fare was just the breaking point in the Chilean populace’s frustration with its government over economic inequality. People took to the streets for days, a state of national emergency was declared, and protestors accused the military of using excessive force.

It all echoes the turbulent time depicted in Wood’s film “Spider,” which is set in both the modern-day and the early ’70s, just before Chile’s Marxist president Salvador Allende was deposed in a coup and replaced with the dictator Augusto Pinochet. Watching and discussing the film as part of TheWrap’s Awards and Foreign Screening Series on Wednesday night, Wood said he was shocked how the film has become startlingly more relevant and why it gives him hope for change in Chile.

Also Read: Record 93 Countries Are in the Running for International Oscar This Year

“I will return tomorrow to another country I think,” Wood told TheWrap at the Landmark Theatres in Los Angeles. “In a way, I’m very proud the people have reacted to that. The thing is, how will we direct all that energy will be a huge challenge. But I have a lot of hope, even though the way to a new equilibrium, we don’t know exactly how it will be.”

“Spider” is a thriller and love triangle that follows three fascist activists working within an opposition group and committing a political crime with the aim of bringing down President Allende. But, it also flashes forward to see where those people would be today, using its love story to drive the drama across decades. One of the fascists is still hiding out and is leading an anti-immigrant crusade, while the others are wealthy members of Chile’s elite class who benefited from the Pinochet regime even as others were oppressed.

Wood said that the root of the film’s idea came from wondering where these people would be and what’s happening in Chile today. The film began development well before Brexit, before Trump and before Chile’s current political conflict, and Wood has watched the film change in response.

“There’s a group of Chileans that do whatever they can to keep power or keep control,” Wood said. “The film was getting more and more relevant in the present, and that’s something that we always thought. We are writing, and things are changing so fast.”

What’s intriguing about “Spider,” however, is how it finds depth and complexity in dangerous and unlikable people, fascists who were willing to assassinate and manipulate in their drive for power. 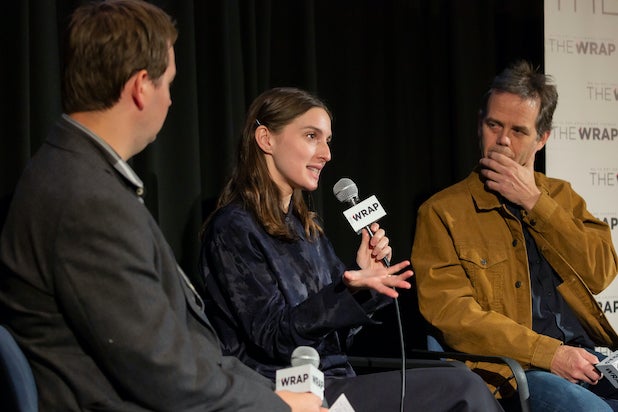 Maria Valverde plays Inés as a young woman in the ’70s, while the Argentinian actress Mercedes Morán plays Inés as an adult. Since Valverde is Spanish rather than Chilean, she had to research the country’s history in order to understand the impulses and point of view of her character, even as she battled with aligning herself with her character’s politics.

Also Read: It's Only October, So Why the Oscar Rush?

“It made me so nervous as I was reading it because I was reading a history I don’t want to see. I don’t want to see this reality and see this kind of violence and radicalism,” Valverde said. “For an actor, you cannot judge your characters, no matter how bad or good they are. I think she’s a very powerful woman. She knows exactly what she wants no matter what. I had to work that side, and because it’s so different of who I am and how I want things in my life, it was hard.”

“Spider” made its debut in Chile earlier this year and then played at TIFF, and while critics praised the film, Wood said it concerned audiences who worried that it empathized too closely with dangerous people and ideologies. Wood, however, felt it was necessary to understand those he might disagree with in order to bridge the polarized gap that exists in Chile today.

“I have this ambiguous feeling about love and hate and anger,” Wood said. “I wanted to put that in a film, people that you hate, but at the same time they have a love relationship.”

“It’s all about love, although we’re talking about fear and hate,” Valverde said.

Watch a clip of TheWrap’s interview with Wood and Valverde above.