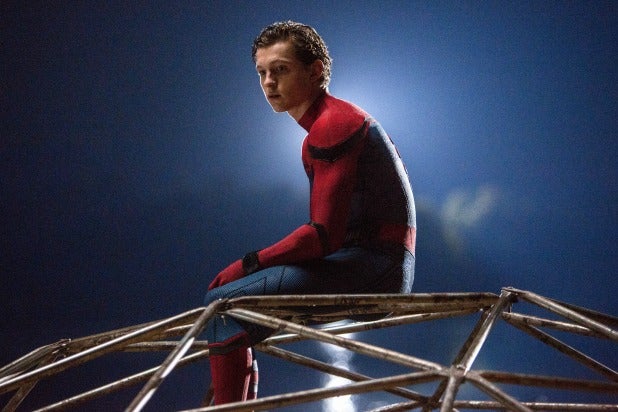 Now that Benedict Cumberbatch is set to return as sorcerer supreme Doctor Strange in the upcoming “Spider-Man 3” opposite Tom Holland, could the movie adapt a controversial Spidey storyline from the “One More Day” comic book crossover?

In fact, it could. IGN speculates that the cliffhanger ending of “Spider-Man: Far From Home,” which featured Peter Parker’s secret identity being revealed to the whole world by J. Jonah Jameson, is the perfect set-up.

With Doctor Strange now playing the mentor role in “Spider-Man 3,” could the sorcerer supreme use his magic to restore Peter’s secret identity  as in the Marvel Cinematic Universe? Post “Avengers: Endgame,” Doctor Strange is in possession of the time stone and perhaps he can go back in time and use it to stop Jameson from revealing Spider-Man’s identity.

In the comic books, after the release of 2006’s, “Civil War #2,” Spider-Man revealed his identity at an internationally televised press conference, as a show of support for the Superhuman Registration Act. Peter would live to regret that decision because Spider-Man becomes a fugitive from justice and places his loved ones at risk and in the crosshairs of every bad guy he has ever faced.

The “One More Day” story begins with Aunt May being shot by one of the Kingpin’s hired guns. This is where the story gets a little corny and fantastical, as Peter has to make a deal with the devil himself, Mephisto, to save Aunt May’s life. In short, the purpose of the “One More Day” storyline was to try to restore Peter Parker’s secret identity back to the status quo in the comics. Doctor Strange could, in the movies, serve that same purpose as Mephisto did in the comics.

Regardless, a fun fan theory nonetheless, but it will be interesting to see how Spider-Man’s secret identity problem will be handled.

Production on the third “Spider-Man” film is expected to go before cameras in Atlanta this fall, while “Doctor Strange and the Multiverse of Madness” is expected to begin production in London this month.