Disney+ will be adding two more animated series from Marvel Studios in short order. As part of Disney+ day, it was announced that a Peter Parker-centric show called “Spider-Man: Freshman Year” is in development for the streamer, as is “Marvel Zombies.”

Jeff Trammel (“Craig of the Creek”) will serve as executive producer and head writer on “Spider-Man: Freshman Year,” which is set in the Marvel Cinematic Universe and will chronicle Peter Parker’s first year of high school with “a journey unlike we’ve ever seen and a style that celebrates the character’s early comic book roots.”

Tom Holland plays Peter Parker in the MCU, but it’s unclear if he’ll be reprising his role as a voice role in this new series. Marvel Studios made its first foray into animation this summer with “Marvel’s What If…?” and while actors like Samuel L. Jackson and Jeremy Renner reprised their roles in the series, other big names like Robert Downey Jr. and Chris Evans did not. 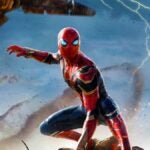 Also Read:
‘Spider-Man: No Way Home’ REALLY Seems to Set Up the Sinister Six – But Who Will Be in It?

Holland’s next live-action turn as Spider-Man is in this December’s “Spider-Man: No Way Home,” which is distributed by Sony Pictures in a unique deal with Marvel Studios that sees the two studios sharing the character of Peter Parker. So while “Freshman Year” certainly promises to work in continuity with “Spider-Man: Homecoming” and “Spider-Man: Far From Home,” it’s unclear if that continuity extends to Holland’s involvement. It’s worth noting that “No Way Home” fulfills Holland’s current contractual duties as Spider-Man, but the actor has expressed his desire to keep playing Spider-Man as long as Marvel and Sony will have him.

“Marvel Zombies,” meanwhile, is another animated series from Marvel Studios that will re-imagine the Marvel Universe “as a new generation of heroes battle against an ever-spreading zombie scourge.” The show will be directed by executive producer Bryan Andrews, who serves as director of “What If…?”

Indeed, “What If…?” had an entire episode devoted to a universe in which the MCU had been overrun by zombies, so this new series will presumably be an extension of that idea.

These shows add to Marvel Studios’ growing presence on Disney+, which began with this year’s “WandaVision,” “The Falcon and the Winter Soldier,” “Loki” and “What If…?” and will continue with “Hawkeye,” which debuts on the streaming service Nov. 24, and plenty more due to come in 2022.