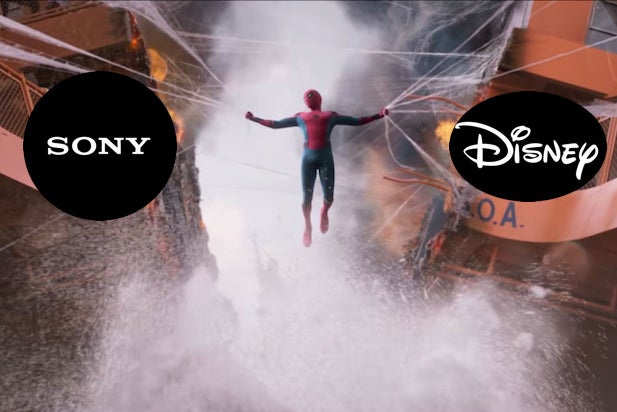 If Spider-Man returned from disintegration at the end of “Avengers: Infinity War,” could last-minute heroics also save the deal that brought him into the Marvel Cinematic Universe? It will either take a lot of Infinity Stones, or some major corporate reversals.

Sony and Marvel Studios’ deal to criss-cross the Spidey and Marvel Cinematic Universes began with Iron Man enlisting young Peter Parker for an airport battle royale in 2016’s “Captain America: Civil War” and continued across two “Avengers” and two “Spider-Man” films. It was one of the most mutually beneficial crossovers in movie history: Sony announced over the weekend that the latest Spidey film, “Spider-Man: Far From Home,” was the highest-grossing Sony film ever, with $1.1 billion at the box office.

Publicly refusing to negotiate can itself be a negotiating tactic, but no one has suggested that that’s the case here. A person familiar with Disney’s thinking told TheWrap on Tuesday that the company considers the matter closed, and isn’t negotiating any further.

“The MCU is on to Phase 4 and introducing lots of new characters,” the person said, referring to Marvel’s upcoming slate of films including “Black Widow,” “Thor: Love and Thunder,” “The Eternals,” “Shang Chi,” “Doctor Strange in the Multiverse of Madness” and “Blade.” (Fortunately for Disney, there are no new “Avengers” films planned or any others that would seem to require Spider-Man, plotwise.)

Other sources told TheWrap that Sony believes the dispute is simply over a producer credit, and that negotiations are ongoing.

Also Read: Do Sony and Marvel Expect Fans to Pretend Spider-Man Was Never in the MCU?

Marvel Studios President Kevin Feige has given the MCU films a continuity and consistency lacking in most other franchises, creating a truly cohesive universe. The “Avengers” films placed Spider-Man near the center of it, making him the heir apparent to Tony Stark with Robert Downey Jr.’s exit from the franchise. “Far From Home” is largely focused on Peter Parker (Tom Holland) struggling with the responsibility of living up to Iron Man’s legacy.

“Much of today’s news about Spider-Man has mischaracterized recent discussions about Kevin Feige’s involvement in the franchise,” a Sony spokesperson said late Tuesday. “We are disappointed, but respect Disney’s decision not to have him continue as a lead producer of our next live-action Spider-Man film. We hope this might change in the future, but understand that the many new responsibilities that Disney has given him – including all their newly added Marvel properties – do not allow time for him to work on IP they do not own. Kevin is terrific and we are grateful for his help and guidance and appreciate the path he has helped put us on, which we will continue.”

There is little argument that Spider-Man and the MCU are financially great together. Before the MCU crossover, Andrew Garfield played Spider-Man in two films: 2012’s “The Amazing Spider-Man” earned $758 million globally and its 2014 sequel scored $709 million. Before that, Tobey Maguire led three-films franchise that netted a combined $2.5 billion worldwide.

Two more “Spider-Man” films are in development with Holland and director John Watts attached, but they will now go forward without the guidance of Feige — and likely without other MCU-based characters like Stark’s right-hand man Happy Hogan (Jon Favreau).

The “Spider-Man” and MCU franchises will also have to decide how to tell fans the relationship is over. Will Spider-Man just stop mentioning Stark, his idol and surrogate father figure? Will the Avengers forget the time Spider-Man (and many, many others) disintegrated, only to come back to life in “Endgame” and help them again save the world? Will some supervillain exterminator erase everyone’s memories of Spider-Man?

Sony also has the option of merging the “Spider-Man” and “Venom” films — a natural crossover since “Venom” began in the comics as a Spider-Man antihero, Eddie Brock, who merged with his Spidey’s cast-off symbiotic black costume to take on horrific powers. Last year’s “Venom” was a huge hit for Sony despite the notable absence of Spider-Man.