‘Spider-Man: Far From Home': How Realistic Is Mysterio’s Illusion Technology?

”We begin to see the blurring of the lines between the digital and physical world,“ futurist Brian David Johnson says

(Note: Spoilers ahead for the themes and plots of Sony’s Marvel film “Spider-Man: Far From Home.”)

At the center of “Spider-Man: Far From Home” is Jake Gyllenhaal’s charming, theatrical and unstable Mysterio, who at first appears to be a costumed crusader fighting to save Earth from dangerous otherworldly monsters. But in reality — if you can call it that — he’s the leader of a crew of slighted high tech con artists using advanced combat drones equipped with a new type of “illusion” technology capable of projecting complex images into the physical world that seem real. Thus the monsters are fake, and so is his ridiculous backstory and his apparent superpowers.

It’s a great plot device, essentially weaponizing deepfakes, but just how plausible is the technology? According to Brian David Johnson, futurist in residence at Arizona State University’s Center for Science and the Imagination, something at least similar to that tech could happen much sooner than we think.

“We’re going to have a collection of technologies over the next 10 years that come online that are going to make this very, very real,” Johnson said. “First and foremost there’s gonna be artificial intelligence and machine learning, so the ability for computers to take large pieces of information and process it and be able to make decisions. But it goes beyond that. We know that we’re gonna have smart cities, we know that we are gonna have the internet of things” — a term for the extension of internet connectivity into everyday objects — “we know that we are gonna have autonomy in land and sea and air, as well as big data and computational intelligence where ever we need it and high-speed connectivity like 5G  everywhere.”

“So when you put all that together you have the ability for these computational systems to know a lot about us and also to be able to manipulate that environment not just on our computers,” Johnson said, “but in our cities and on our devices, all over.”

Some versions of Mysterio’s tech already exist today. “Deepfake” is a term describing videos that use artificial-intelligence and machine-learning tools to engineer fake or manipulated clips that appear authentic and real. Often it’s done by superimposing the face of one person onto another person, like in this video of Steve Buchemi’s face on Jennifer Lawrence’s. Other times, the lips and voice of someone are manipulated to look like they’re saying something they didn’t actually say, like this PSA Jordan Peele did as former President Barack Obama. There are even concerns that deepfakes might play a role in the 2020 presidential election.

And when it comes to projections, let’s not forget the uncanny valley of the posthumous hologram performances of Tupac Shakur at 2012’s Coachella, Michael Jackson at the 2014 Billboard Music Awards and a host of other artists. That technology, in some form or another, has been around much longer than you’d think.

“Spider-Man: Far From Home” co-screenwriter Chris McKenna told TheWrap that while “there wasn’t a conscious effort” to reflect any real-world issues, but they did try to extrapolate Mysterio’s technology from present-day things. “We definitely discussed it, and Jon Watts, the director, and the visual effects supervisor did deep dives looking into that, the actual technology,” McKenna said. “It’s stuff that we’re all pretty aware at this point or seen enough videos, even the scary, manufactured ones.”

Johnson, who also serves as director of ASU’s Threatcasting Lab that imagines the downsides of developing technology, expects  that within a decade technology will be capable of fooling entire populations into believing something that’s fake. There might even be deepfake-like content tailored to specific individuals. And, while criminals would definitely use some version of these technologies to make money, Johnson said his lab also looks at the probability of governments doing similar things as threats to national and global security.

It’s all part of what Johnson refers to as “the widening attack plain.” In short, says Johnson, “we begin to see the blurring of the lines between the digital and physical world… It is possible and probable in the next ten years that this will happen.”

Also Read: 'Spider-Man: Far From Home' -- Where Was Nick Fury at the End of the Movie?

The new film plays on the idea of deepfakes and fake news — “Spider-Man: Far From Home” even makes a joke about the news always being believable — that take advantage of peoples’ confirmation biases.

Johnson warned that the problem could get even worse. “There are technologies — and certainly there are now technologies, and there will only be more technologies — in the future that will be able to take advantage of our confirmation bias, especially when we’ve had highly traumatic events, like in ‘Endgame,’ or like 9/11, or when we have these tragedies that put a shockwave through our society where often times we don’t know what to believe,” he said.

In “Far From Home,” part of that shockwave comes from a society that’s dealing with the fallout from the events of “Avengers: Endgame” where “the blip” disappeared and then reappeared half the Earth’s population. “The world had been thrown into a certain element of chaos, and I think people were feeling like anything could happen,” McKenna said. “Any of them could get snapped away in a second. People were on edge and they realize that they live in this world where reality is pretty frightening. In that chaos, someone comes along who determines he can take advantage of that chaos.

“In terms of the larger implications of the world we’re living in, everyone everyday is spinning their own reality and trying to convince people that their reality is the real reality,” he continued.

Johnson said works of fiction like those and “Spider-Man: Far From Home” go a long way toward thinking about these issues. “This process we’re going through, and certainly with this new ‘Spider-Man’ movie is putting this in front of us and getting us to think about it,” Johnson said, “which is very important because we need to have that culture and conversation and we’re just at the beginning of it.” 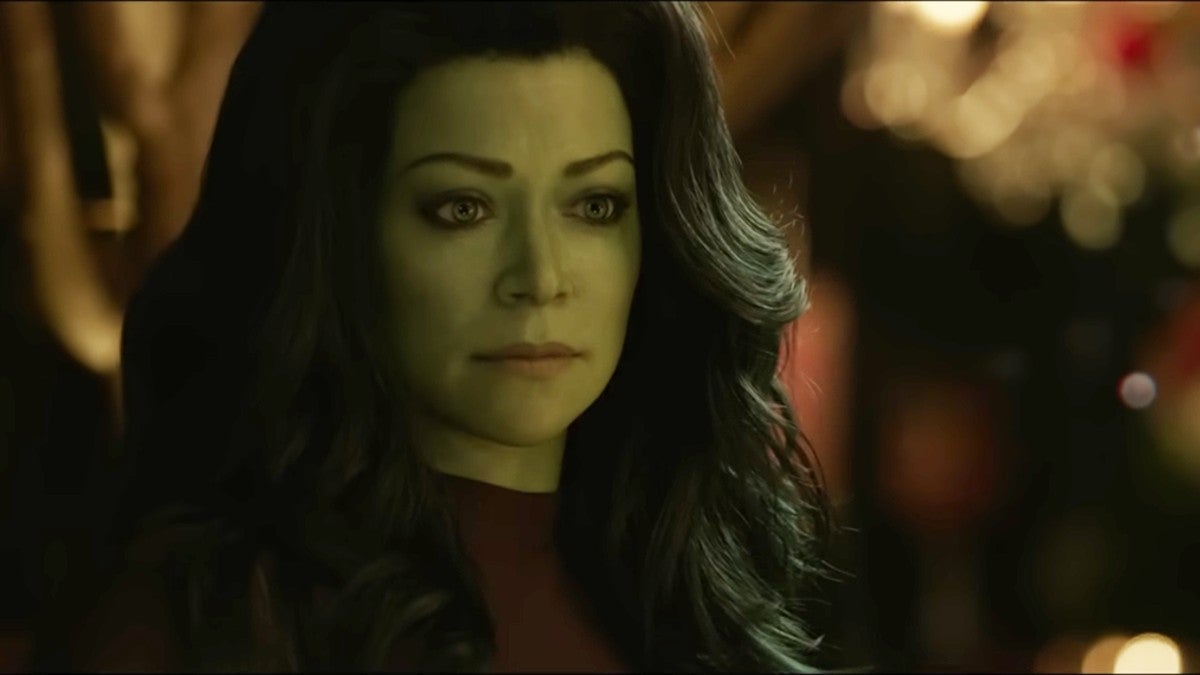 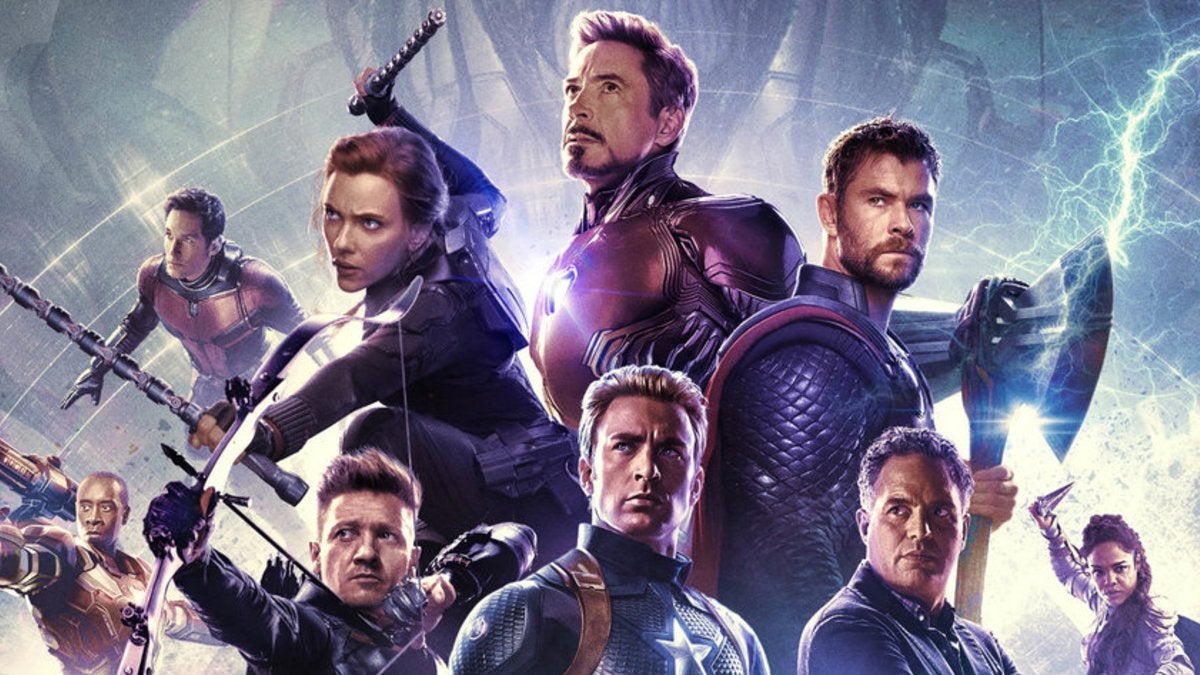