(This post contains spoilers for “Avengers: Endgame.” Because “Spider-Man: Far From Home” takes place after it and the trailer addresses certain major events that took place in that movie.)

“Avengers: Endgame” made some big, big changes to the Marvel Cinematic Universe, and judging from the second trailer for “Spider-Man: Far From Home,” a big part of Peter Parker’s (Tom Holland) second standalone movie is going to be about how those changes play out for everyone moving forward.

The trailer still clearly held back some of the film’s twists — especially about Quentin Beck, a.k.a. Mysterio (Jake Gyllenhaal) — but it has enough serious-sounding references to “Endgame” that it came with a spoiler warning. So there’s surprisingly a lot we can infer from the trailer, so let’s get to that now.

1. The MCU goes all in on the multiverse — or does it?

According to Nick Fury (Samuel L Jackson), after Bruce Banner and Tony Stark undid Thanos’ snap with snaps of their own in “Avengers: Endgame,” it “tore a hole in our dimension” which, we’re told, is how someone like Quentin Beck, who appears to have incredible powers, ended up here. And it’s true that the creation of parallel universes was expressly mentioned as a likely side-effect of the time heist shenanigans from “Endgame.”

One thing about bringing the multiverse into the MCU is that Marvel films now have an even easier way to explain characters with incredible powers than just saying they were “exposed to an Infinity Stone.” So it certainly looks like extradimensional stuff is going to play a big role in the Marvel Cinematic Universe, which makes sense as the franchise is supposed to be leaning hard into Marvel’s weird cosmic stuff in Phase 4 — or whatever the next stage of the MCU is called.

Unless, of course, the whole parallel universe thing is subverted somehow. 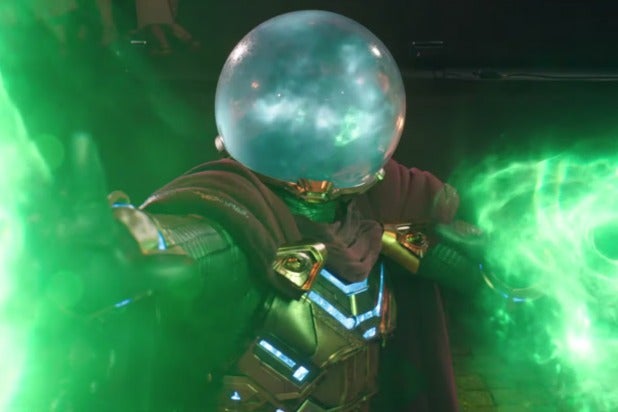 2. Is Quentin Beck really from another dimension?

Both “Far From Home” trailers want audiences to think Mysterio is a new superhero, possibly even someone who might fill the void left by the death of Iron Man, and the latest trailer adds the twist that he’s apparently from another dimension.

But comics fans know that the comic-book version of Mysterio is actually one of Spider-Man’s oldest archenemies who not only isn’t remotely a superhero, he’s also not even super. He’s just a former Hollywood special-effects guy who turns to a life of crime and uses his professional skill set to fake his apparent powers.

We’re going to assume that ultimately Mysterio’s “Far From Home” story is gonna play out similarly, the only question being precisely how. Of course, it’s impossible to know until we see “Spider-Man: Far From Home” for ourselves, but there are plenty of reasons to think that the multiverse angle in this movie could be nothing more than a con job by Mysterio. For a much lengthier discussion of Mysterio as a character and the various scenarios that could play out with his supposedly extradimensional origins, check out our deep dive here.

Also Read: What You Need to Know About Mysterio and the Elementals in 'Spider-Man: Far From Home'

3. The “Far From Home” subtitle has another meaning

The title of the movie, “Spider-Man: Far From Home,” obviously refers to the fact that Spidey is operating in Europe, which is not near his home in New York. But clearly it also is referring to Mysterio, allegedly marooned in the wrong universe. That’s clever.

4. Captain Marvel has her nickname finally

Despite the fact that there was already a movie called “Captain Marvel,” and the character Carol Danvers (Brie Larson) also appeared in “Avengers: Endgame,” the Captain Marvel name has not been mentioned on screen yet in the Marvel Cinematic Universe. It seemed, really, that she just had not gotten her nickname yet at all, but what other conclusion could we draw from the fact that no one has said it yet?

But in this new “Far From Home” trailer, Peter just casually refers to her as Captain Marvel. So I guess she did get her name at some point.

Also Read: These Are the Time Travel Rules of 'Avengers: Endgame'

5. Iron Man has become kind of a godlike figure because of his snap

Tony Stark is dead, and people are putting up murals of him in his armor all over the place. “Everywhere I go, I see his face,” Peter says at the beginning of this trailer. And we see several memorials and murals throughout the trailer. Iron Man’s legacy is strong, as it should be.

While the bulk of the trailer is very dramatic in tone, it does slip in a little bit of the teen comedy vibe that made “Spider-Man: Homecoming” so charming. So if you were worried that “Far From Home” was gonna be all heavy action and discussions of extradimensional threats, you can relax because this is still going to be a movie about teenagers hitting each other in the nuts as well.

7. This basically looks a lot like an “Iron Man” movie

There’s a lot of stuff in here about Spider-Man, sporting the Iron Spider armor early on, possibly serving as a sort of heir to Iron Man’s legacy. And it makes sense, considering he was literally Tony Stark’s protégé and Tony served as a sort of father figure to him.

But beyond just that, it looks like “Far From Home” will feature Happy Hogan (Jon Favreau) heavily — which is pretty notable considering Happy was Tony’s security chief through all the “Iron Man” movies. Presumably Happy will be introducing Peter to all the crazy stuff Tony was developing for him to use and maybe even giving him the tools to step into Tony’s scientist boots.

And if it turns out that the entire Elemental threat is just some stuff cooked up by Mysterio, this could be an “Iron Man 3”-type reversal we’re in store for. 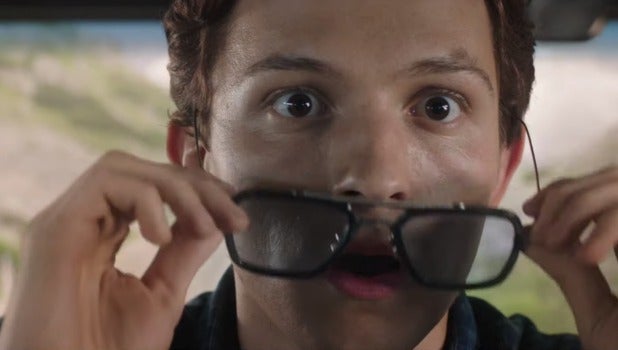 In a sweet nod in a single shot late in the trailer, we see Peter sporting a distinctive pair of sunglasses — yes, these are Tony Stark’s signature smart glasses that he wore when he wanted to make use of the capabilities of his AI program Friday while not in his armor. Why Peter has them and what he’ll use them for is unclear, but at minimum it seems like it’ll be a nice moment.

9. Still no hint at the impact of bringing back half the universe five years later

One of the biggest mind-screws of “Avengers: Endgame” is the solution the Avengers came up with to undo Thanos’ universe-wide genocide. Early on, the film skips forward five years into the future, and now Tony Stark and Pepper Potts have a 5-year-old daughter, Morgan, so that Tony doesn’t want to simply reset the timeline and lose the five years he had with her.

So instead, he and the unsnapped Avengers decide to bring everyone wiped out of existence back to life in their present day. In other words, everyone dusted by the snap is the same age they were when the snap happened… and everyone else is 5 years older. It’s a logistical nightmare to bring back so many people to a world that is no longer built to support them.

The “Far From Home” trailer doesn’t mention anything about the time skip or the new, weird-as-hell mini generation the Avengers created — or how Peter Parker managed to return to his old high school (and how many of his classmates are still his same age). But we do see that the film definitely takes place after the events of “Endgame,” since Tony is dead.

The only thing we know for sure is that, fortunately for Peter Parker’s love and social life, it appears that every single important supporting character from “Homecoming” was dusted along with him, so at least there won’t be any awkward age gap between him and his love interest, MJ (Zendaya). Whew!