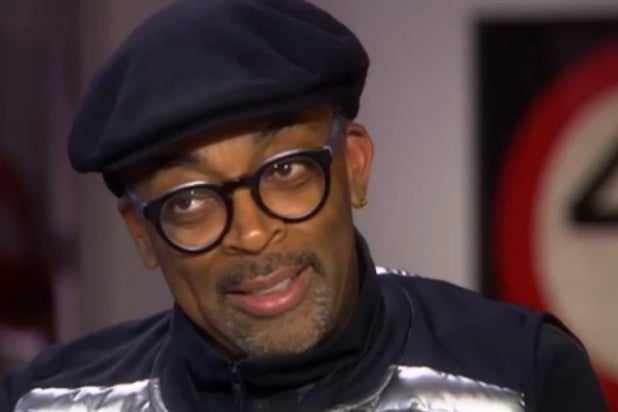 Lee advised DuVernay to shake it off.

“That doesn’t diminish the film,” Lee told The Daily Beast. “Nobody’s talking about motherfuckin’ Driving Miss Daisy. That film is not being taught in film schools all across the world like Do the Right Thing is. Nobody’s discussing Driving Miss Motherfuckin’ Daisy. So if I saw Ava today I’d say, ‘You know what? Fuck ’em. You made a very good film, so feel good about that and start working on the next one.”

Lee also expressed a belief that African American actors and films get nominated in cycles.

“Anyone who thinks this year was gonna be like last year is retarded,” said Lee. “There were a lot of black folks up there with “12 Years a Slave,” Steve [McQueen], Lupita [Nyong’o], Pharrell. It’s in cycles of every 10 years. Once every 10 years or so I get calls from journalists about how people are finally accepting black films. Before last year, it was the year [in 2002] with Halle Berry, Denzel [Washington], and Sidney Poitier. It’s a 10-year cycle. So I don’t start doing backflips when it happens.”

The director of films like “Malcolm X” also addressed the racial breakdown of Oscar voters, suggesting the 94 percent white panel votes based on films they’re comfortable with.

“Let’s be honest. I know they’re trying to become more diverse, but when you look at the Academy and Do the Right Thing or Driving Miss Daisy, are they going to choose a film where you have the relatively passive black servant, or are they going to choose a film with a menacing ‘Radio Raheem?’” Lee asked. “A lot of times, people are going to vote for what they’re comfortable with, and anything that’s threatening to them they won’t.”

In reaction to the Oscar nominations—and lack of “Selma” nominations—several high-profile media figures weighed in Thursday:

“What the what @TheAcademy?!” CNN anchor Don Lemon tweeted with an image of DuVernay attached. TheGrio’s Chris Witherspoon tweeted he felt like the calendar fell back 86 years:

“I feel like I’m in 1929 watching the #Oscarnoms. No female or black directors, no actors of color, and only 1 black nom goes to #SelmaMovie.”

“In the time of Staten Island and Ferguson, to have one of the most shutout Oscar nights in recent memory is something that is incongruous.”