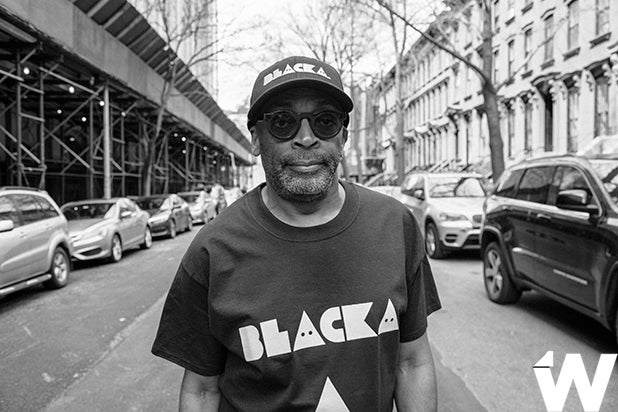 Photographed by Tyler Mitchell for TheWrap

Spike Lee will be honored with a career achievement award from the Palm Springs International Film Festival, organizers announced on Wednesday.

Lee, who has been making films for more than three decades, has directed classics such as “Do The Right Thing,” “She’s Gotta Have It” and “Malcolm X.” His most recent film, “BlacKkKlansman,” has been praised by critics.

“Spike Lee has been an outstanding warrior for equal rights while creating an iconic body of film and television work over his 30-year career,” festival chairman Harold Matzner said in a statement. “In ‘BlacKkKlansman,’ Lee directs one of his best and most provocative films about an African-American detective and a white detective who are determined to infiltrate and expose the Ku Klux Klan in Colorado Springs. It is our great honor to present the Career Achievement Award to Spike Lee.”

“BlacKkKlansman” is the true story of Ron Stallworth, played by John David Washington. Stallworth was the first African-American detective to serve in the Colorado Springs Police Department, he also set out to infiltrate and expose the Ku Klux Klan.

In the film, the young detective teams up with a more seasoned colleague, Flip Zimmerman (Adam Driver), to take down the extremist group as it aims to sanitize its violent rhetoric to appeal to the mainstream.  The Focus Features film won the Grand Jury Prize at the Cannes Film Festival.

The awards gala will be held on Thursday, Jan. 3 at the Palm Springs Convention Center. The Festival runs Jan. 3-14.

Spike Lee’s three-decade career also includes “School Daze,” “Mo’ Better Blues,” “Jungle Fever,” “He Got Game,” and “Inside Man,” among many others. And his feature documentary work includes the double Emmy award-winning “If God Is Willing” and “Da Creek Don’t Rise,” a follow-up to his HBO documentary film “When the Levees Broke: A Requiem in Four Acts” and the Peabody Award-winning “A Huey P Newton Story.”