Spike Lee is re-editing the final episode of his currently airing HBO 9/11 docuseries, “NYC Epicenters 9/11-2021½,” following backlash to the inclusion of conspiracy theories in the project.

An individual with knowledge tells TheWrap there will be a new final cut of the fourth episode from the one that was previously available to press.

“I’m Back In The Editing Room And Looking At The Eighth And Final Chapter Of NYC EPICENTERS 9/11➔2021½,” Lee said in a press screeners update regarding the fourth episode of the docuseries. Each episode has two chapters.

The statement continued: “I Respectfully Ask You To Hold Your Judgement Until You See The FINAL CUT. I Thank You, Spike Lee.” 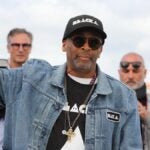 As part of his HBO doc series “NYC Epicenters 9/11-2021½,” which debuted its first episode Sunday on HBO, Lee interviews members of the conspiracy group Architects and Engineers for 9/11 Truth for the final episode.

In an interview with The New York Times published Monday, Lee was asked why he wanted to include their perspective in the film alongside other politicians and people who lost loved ones in the attack. The director explained one episode of the four-part doc commemorating the 20th anniversary of 9/11 includes interviews with conspiracy theorists about how the towers fell because he shares some of their questions.

“Because I still don’t … I mean, I got questions. And I hope that maybe the legacy of this documentary is that Congress holds a hearing, a congressional hearing about 9/11,” Lee said.

When pressed whether he buys the official explanation, Lee echoed a popular conspiracy theory about whether jet fuel can melt steel beams that caused the World Trade Center towers to collapse. The National Institute for Standards and Technology has accepted the official explanation and has often refused to debate conspiracy theorists. And many have debated whether even indulging those perspectives gives the ideas credence.

“The amount of heat that it takes to make steel melt, that temperature’s not reached. And then the juxtaposition of the way Building 7 fell to the ground — when you put it next to other building collapses that were demolitions, it’s like you’re looking at the same thing,” Spike Lee said. “But people going to make up their own mind. My approach is put the information in the movie and let people decide for themselves. I respect the intelligence of the audience.”

The New York Times reporter challenged the conspiracy theory and said that Lee doesn’t ask people to “make up your own mind” when it comes to the vaccine or to the results of the election.