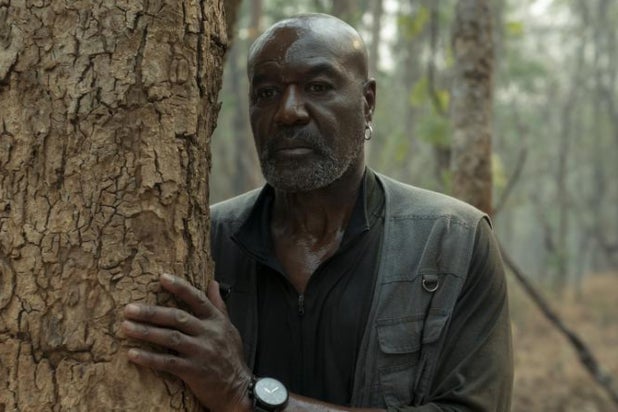 Of all the surprises and snubs from Monday’s Oscar nominations, the most shocking was perhaps Delroy Lindo being left out of the Best Actor category for his work in Spike Lee’s “Da 5 Bloods,” and man if Lee isn’t disappointed.

The director on Tuesday shared an appreciation post for Lindo as well as a sale of four limited edition posters from “Da 5 Bloods” as part of what Spike calls the “WE WUZ ROBBED (AGAIN!)” collection.

“I Sincerely Want You All To Know That I Truly Appreciate The Love, Support And The Fun Of Vibin’ With Me On These Higher Frequencies Through These 4 Decades! I Know You DIG – Sho Nuff,” Lee wrote on Instagram. “Delroy Lindo may not have received an Oscar nominations yesterday but that does not take away from the impact of his work that spans decades. From for his roles in ‘Da 5 Bloods’ to ‘Crooklyn,’ ‘Clockers’ & much more, we continue to recognize and celebrate his career.”

Lee finally got his Oscar back in 2019 for “BlackKklansman” after his films like “Do the Right Thing,” “Malcolm X,” “25th Hour” and so so many more were overlooked by the Academy, and it looked as though “Da 5 Bloods” and Lindo’s performance as an aggrieved Trump supporter and Vietnam War vet were early front runners when the film dropped on Netflix last June.

In fact, Lindo looked like such a sure thing early on, “Moonlight” director Barry Jenkins said in a tweet from Monday that “an ass outta me” was made after he took a photo of his own Oscar in front of a still of Lindo in “Da 5 Bloods.”

I took this pic eight or so months ago but decided not to tweet it. If you had told me that by March 2021 it would be irrelevant I would’ve thought you crazy. An ass outta me pic.twitter.com/fucJ1HksfZ

But all these months later, “Da 5 Bloods” missed out on a nomination for Lindo and for Best Picture and landed only one nomination, for Best Original Score by Terence Blanchard.

And Lindo too, who has an incredible career outside of his work in Lee’s films, including in “Get Shorty” and “The Cider House Rules,” not to mention his work on the series “The Good Wife,” has also never been nominated for an Oscar. He was likewise snubbed earlier in the awards season by both the Golden Globes and the Screen Actors Guild, though he was an early winner of many critics prizes, including the National Society of Film Critics and the New York Film Critics Circle.

TheWrap spoke with Lindo on a couple of occasions in the hopes Oscar voters might take notice. He said that he has a good reason for not trying to break down his performance in ways that voters might generally appreciate, so perhaps that has something to do with his snub.

“There’s a danger that every time one deconstructs an aspect of Paul’s character, his personality, I am demystifying who this man is in a way I don’t think is helpful,” Lindo said. “In many ways, I want the man to exist and speak for himself on his own terms.”